48 hours in Boston for incentives & conferences 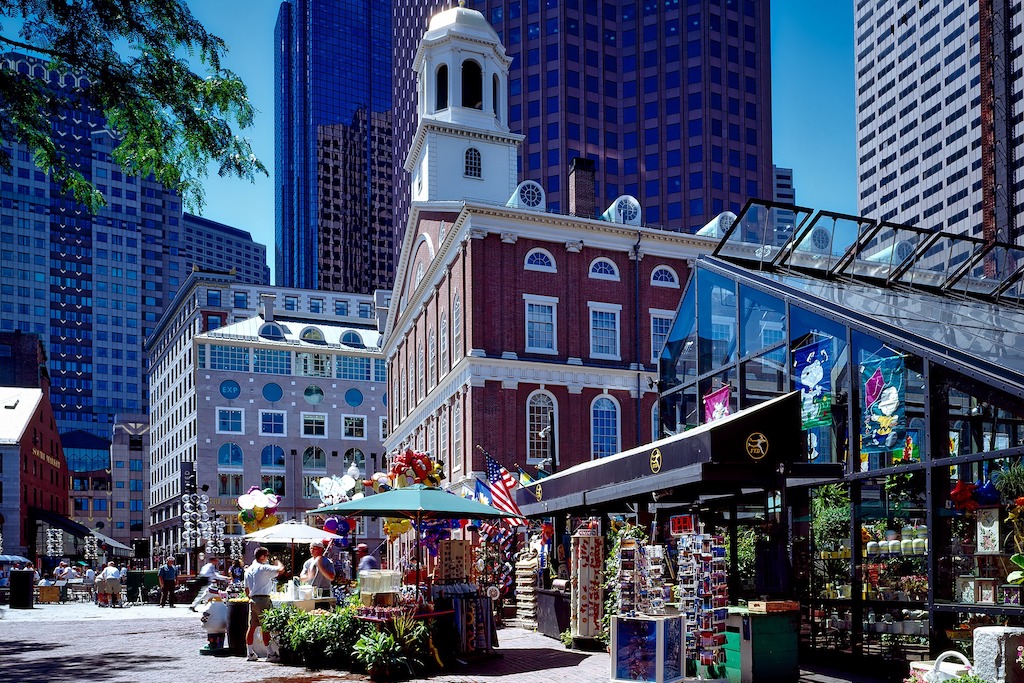 48 hours in Boston for incentives & conferences

With its rich history, diverse neighbourhoods, and legacy of arts, culture, and education, Boston has something for everyone. Corinthian Events, a DMC Network Company, shares its insider secrets on the best places to eat, drink and hang out whether you’re a first-timer or regular visitor to the US city.

Morning
First Timer: Enjoy brunch at The Bristol on Boylston Street inside the Four Seasons Hotel, then take a stroll through a part of Boston that was built centuries after the city was settled. Boston’s Back Bay used to be a shallow tidal bay but as more people moved to the city, more space was needed, and the bay was filled in to create the now-famous neighbourhood. You can start at Boston Public Garden, the beginning of the former bay and home of the “Make Way for Ducklings” sculpture art. Work your way down Newbury Street, and you’ll find some of the best shopping in the city.

Like a Local: Grab some breakfast at Blackbird Donuts on Tremont Street, then walk over to Copley Square and take some time to discover something new at the Boston Public Library, or head west to the Back Bay Fens, part of Boston’s “Emerald Necklace,” for a stroll through one of Boston’s many parks.

Afternoon
First Timer:  Grab some lunch and enjoy a beer at Cheers!, the world-famous bar featured in the hit TV show. The place where “everyone knows your name”, lies at the foot of Beacon Hill.  From Cheers! you can head a short distance over the Arthur Fiedler Footbridge (named for the esteemed conductor of the Boston Pops) which brings you to the Charles River Esplanade, a popular waterside park for walkers and runners alike. This footbridge lands you very near the Hatch Shell which hosts many large outdoor performances including the famous Independence Day celebration with the Boston Pops.

Like a Local: Boston’s Museum of Fine Arts and the Isabella Stewart Gardner Museum lie between the Back Bay Fens and Huntington Avenue, and hold endless treasures to explore. Opened on July 4, 1876, the nation’s centennial, the MFA houses more than 500,000 works of art. The ISGA is most famous for the 1990 heist that took place, where 13 works of art were lost, marking it the single greatest property theft in the world!

Evening
First Timer: The Prudential Tower is the second-tallest building in Boston (only to 200 Clarendon St., the former John Hancock Tower), but its Top of the Hub Restaurant is the pinnacle of luxurious Boston views in any direction. After dinner, historic Fenway Park is a short walk or ride away, where you can catch a Red Sox game, or maybe an outdoor concert!

Like a Local: Enjoy some tasty appetisers at Mistral’s bar on Columbus Avenue, maybe some tuna tartare or a beef tenderloin and truffle pizza?! Then you can sample some delicious seafood at Ostra on Charles Street, near Park Plaza. If you’re headed in the other direction, Select Oyster Bar on Gloucester Street is another great option for raw bar delights!

Morning
First Timer:  If you’re new to Boston, you’ve got to walk the Freedom Trail, a literal trail of red brick that traces through the city from Boston Common to the USS Constitution in Charlestown, with stops along the way at some of Boston’s most historic buildings and sites. As you pass through the North End, you can grab breakfast at one of the lesser known pastry shops, Maria’s – a sfogliatelle or “clam shell” might be in order and grab a couple of cannoli for later. A short walk away at the New England Aquarium, you can hop on a “duck boat” and experience a wonderful 80-minute tour that will show you the city from land and sea…really river – the Charles River.

Like a Local: Those who know where they’re going will likely end up in the South End at Myers + Chang, or at Lincoln Tavern & Restaurant in Southie for brunch…in-fact no matter what day of the week, you can have brunch at Lincoln. From there you can check out the Institute of Contemporary Art, or the Boston’s Children’s Museum, both in the Seaport District, Boston’s fastest growing neighbourhood.

Afternoon
First Timer: A stop along the Freedom Trail, Faneuil Hall – and Quincy Market behind it – were once the site of many key speeches in our nation’s history. Today, it is a bustling shopping and dining center by day, accompanied by a vibrant nightlife. Here you can experience a piece of Boston’s heritage while enjoying a cup of New England clam chowder at The Union Oyster House where JFK used to sit and eat oysters in his private booth. No matter the century, Faneuil Hall has always been a trade centre where locals and newcomers alike came to meet.

Like a Local: You might hop one of the ferries to Boston Harbour Islands for an afternoon of play on one of the accessible islands like Spectacle, Georges or even Peddocks and Lovells.  You might grab a lobster roll for lunch while you are sunning yourself on an island…all right in the amazing sanctuary of our bustling harbour.

Evening
First Timer: No matter the season, Boston’s nickname “Title Town” rings true for the amazing number of sports titles we hold.   Any sports enthusiast will feel the competitive nature of our land of champions! If you are here in Basketball or Hockey season, the NBA’s Celtics and NHL’s Bruins call the TD Garden home. Within walking distance of both the North and West Ends, you could go for lighter fare and try the oysters at Neptune Oyster Bar. Or for a more traditional sports pub feel, The Greatest Bar and The Fours are just across Causeway Street from “The Gahden.”

Like a Local: For the tucked away, hidden treasure experience, go to Mechanic Street in the North End (they call it a street, but it’s a foot-traffic-only alley), where you’ll find Mare Oyster Bar. And known for it’s amazing Italian fare, the North End boasts countless family-style Italian restaurants, like La Famiglia Giorgio’s and Trattoria Il Panino. And Mamma Maria’s may have the best dessert in the North End!