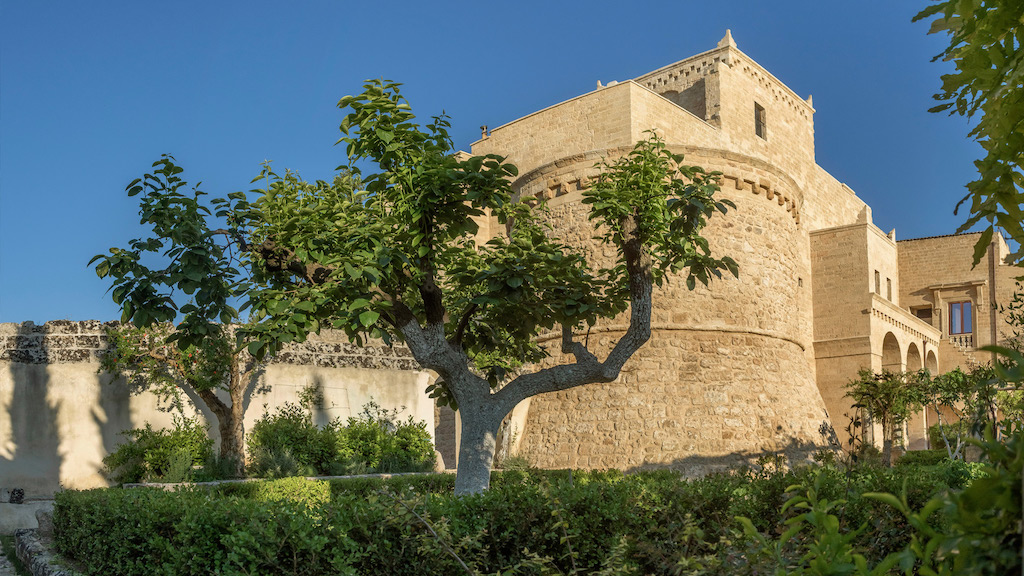 Puglia – the beautiful but off-the-beaten path region that forms the heel of Italy’s boot – has been charming event and incentive planners in the know for the last several years with its whitewashed hill towns, centuries-old farmland, stunning coastlines, fine food and luxurious accommodation. And now a flurry of new openings looks set to boost its appeal as an incentive destination even further. Here’s three new hotels in Puglia that have caught our eye…

Masseria Torre Maizza, A Rocco Forte Hotel
Rocco Forte Hotels has taken over the operation of Masseria Torre Maizza, an existing five-star resort located near Savelleteri di Fasano, close to the Adriatic coast in Puglia. The Puglia hotel will reopen as a Rocco Forte hotel next month (May), following a €6m refurbishment by the brand’s design director Olga Polizzi that will add a number of junior suites and suites bringing the key count from 30 to 40 units. Surrounded by groves of ancient olive trees, the resort is an original masseria dating back to the 16th century. It will feature a sunset rooftop bar, a stylish restaurant overlooking the swimming pool, nine-hole executive golf course, fitness centre, kids club, access to a private beach club nearby and meeting and event space.

Castello di Ugento
New on the scene in 2018, this former 17th-century castle is more than just a luxury hotel, it’s also a museum and cookery school. A €10-million, five-year renovation created nine luxury suites in the castle, featuring modern pieces from top Italian designers including Cassina, Poltrona Frau, Minotti, Ceccotti and B&B Italia alongside antiques and vintage finds. The restaurant, Il Tempo Nuovo, is a sleek gourmet retreat under dramatic vaulted ceilings, serving up seasonal specialities created by Chef Tommaso and his team, showcasing only fresh ingredients and market finds, including fruit and vegetables from the 18th-century restored walled kitchen garden, where guests can enjoy sunset cocktails. The castle also houses the Puglia Culinary Centre – developed in partnership with the Culinary Institute of America to teach ancient Pugliese cooking – and a museum wing with restored frescoes and a permanent collection of 20th-century Italian art.

Palazzo Daniele
Far from the well-trodden tourist trails, this new Design Hotel member is set in the sleepy, under-the-radar village of Gagliano del Capo in Puglia’s exquisite Salento region. Originally constructed in 1861, the stately palazzo was built by the locally renowned architect Domenico Malinconico in the neoclassical style with a series of courtyards and lush Mediterranean landscaping. It’s now been transformed by Milanese design studio Palomba Serafini Associati into a luxury nine-suite hotel. Local group experiences on offer include angling with neighbouring fishermen, and then presenting the catch of the day to the local cook Federica to prepare family style at the palazzo’s communal table. Federica, who hails from Gagliano del Capo, is also on hand to share generations-old pasta making techniques or to point guests in the direction of the best regional mozzarella.