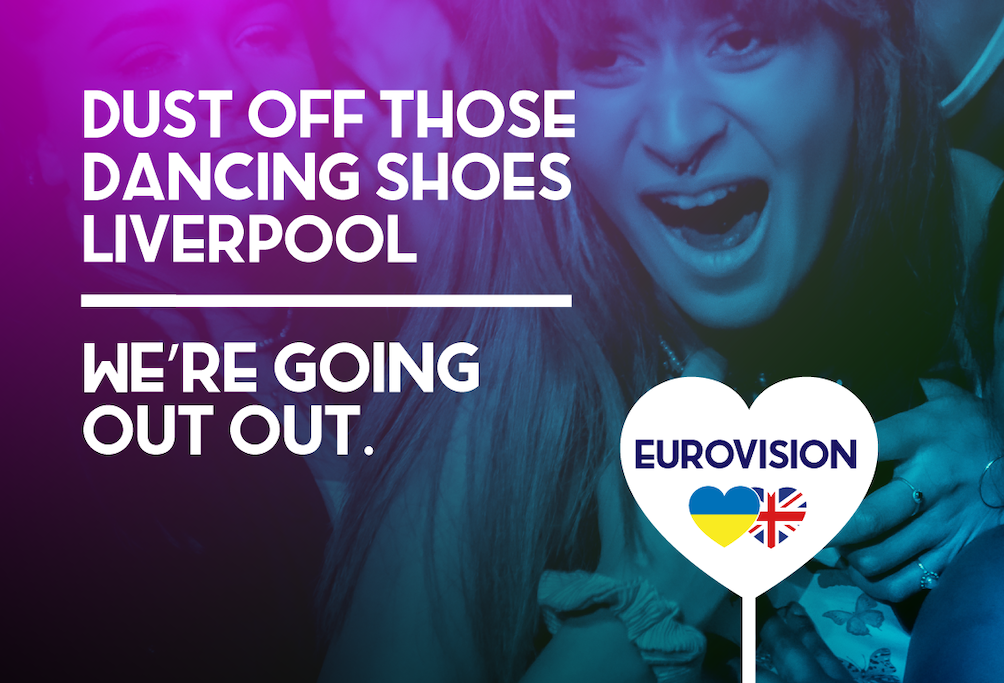 The city of Liverpool is celebrating several high-profile event wins in the last week after being confirmed as host city for Eurovision 2023, and the Labour party’s 2023 conference.

The European Broadcast Union (EBU) and the BBC announced that on Friday that Liverpool would host the event on behalf of Ukraine in 2023, pipping Glasgow to the post.

The city, which began preparing its bid in June, received praise for its world-class facilities including the M&S Bank Arena and ACC Liverpool, the innovation behind its cultural programme, the plans to celebrate Ukrainian people and community and the ‘walkability’ of the city.

Ukraine won the 2022 Contest but the ongoing war with Russia means it is unable to host next year’s event, so the UK, which came second place, was asked to host. Seven cities were shortlisted in August – Birmingham, Glasgow, Leeds, Liverpool, Manchester, Newcastle and Sheffield – whittled down to the final two of Liverpool and Glasgow in September.

Mayor of Liverpool Joanne Anderson said: “I’m over the moon that Eurovision is coming to Liverpool. We knew that we faced strong competition from Glasgow, but we also knew that we had a great bid underpinned by the expertise of our award-winning Culture Liverpool team and supported by all our brilliant partners.

“This is a massive event, and the eyes of the world will be on us in May, especially those of our friends in Ukraine. Now begins months of work to put on the best party ever. Ukraine – you have my promise we will do you proud.”

The announcement comes hot on the heels of Liverpool securing The Labour Party Conference 2023 after a record-breaking event in the city this year. The fourth Labour Party Annual Conference held at ACC Liverpool generated an estimated £20m economic impact for the city and brought thousands of delegates to the region.

Faye Dyer, managing director of The ACC Liverpool Group, said: “We were really pleased to welcome the Labour Party back to our venue for the fourth time, having last taken place in the city in 2018. A total of 12,500 delegates attended the event which created a fantastic buzz, not only on our campus but across the entire city.

“Through the hundreds of fringe events, the conference provided our local community with a platform to engage directly with government leaders and MPs and, as a result, help to shape the future of the city region and potentially influence government plans. We are really pleased that they have confirmed their return next year.”

The return to Liverpool in 2023 marks the first time since 2005 that Labour will have held its conference in the same city for two years running.

Liverpool is also hosting the inaugural micebook Ventures, which take’s place in the city’s Knowledge Quarter on 31 October-2 November.