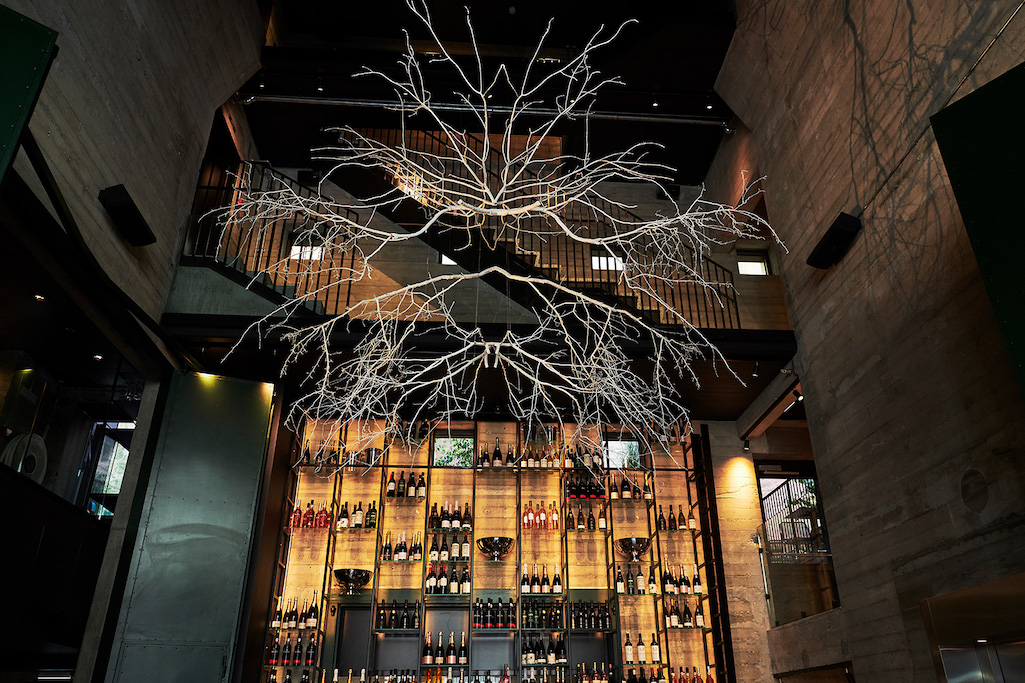 Denmark’s capital has long put sustainability at the top of its agenda as it continues its bid to become carbon-neutral by 2025. This makes it a great destination for eco-conscious planners in search of sustainable hotels for their next event. Finding a sustainable place to stay in Copenhagen is actually easier than finding a non-sustainable one, as over 70% of all the city’s hotel rooms hold an official eco-certification. Here we check out four of Copenhagen’s greenest hotels… 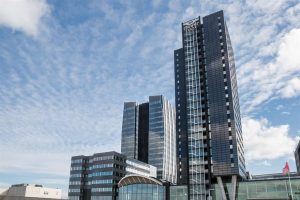 Copenhagen Towers is one of the world’s greenest hotels and continues to set the standards in sustainability. The 366-room property is Denmark’s first carbon neutral hotel building that also meets EU Green Building standards and is certified as a Low Energy Class 2 building.

The facades facing south, east and west are covered with solar panels, while the heating and cooling system uses a groundwater installation – also the first in Denmark. This means that the hotel uses 65% less energy compared to other similar hotels.

Inside, the rooms have been decorated with recycled furniture from the Danish design company Paustian. The focus is also on sustainability in the restaurants and cafés – for example, the coffee served comes from a sustainable producer in Indonesia which is also supporting the protection of orangutans in Sumatra. 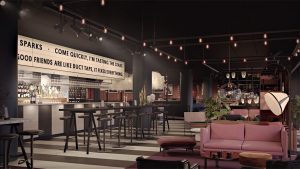 Scandic hotel group began, what is now considered one of the industry’s leading sustainability programmes, back in 1993. It was at Scandic that the idea to “hang up your towel if you want to use it again” was formed – an idea that is now the standard in the hotel industry around the world.

Scandic’s goal is to be completely carbon neutral by 2025, and each hotel has an environmental manager to ensure industry-leading standards of sustainable design, energy and food.

Scandic Falkoner, certificated with the Nordic Swan Ecolabel, is a newly refurbished hotel and event centre located in the charming theatre district of Frederiksberg. The 334-room property offers a wide array of ballrooms and meeting spaces accommodating meetings, conferences and events for more than 2,000 delegates. 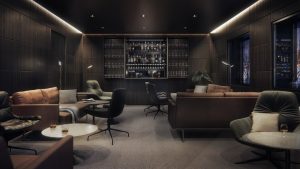 The recently opened luxurious boutique-style hotel Herman K (above and right), part of Brøchner Hotels, made a statement when it opened last summer by being the first chemical free hotel in Denmark. The Green Key certified Brøchner Hotel Group has six hotels in Copenhagen and is the world’s first carbon neutral hotel group.

To create Denmark’s first chemical free hotel, Brøchner Hotels teamed up with Danish company ACT. The hotel rooms are treated with ACT CleanCoat, which is an invisible and odourless coating that makes all surfaces self-disinfectant. The coat lowers the bacteria level, improves air quality and means that staff can avoid using chemicals in their cleaning products. Brøchner also collaborates with the Danish company Danfoss to control the automatic temperature in the rooms to emit as little energy as possible and has the organic gold-mark at all its hotels.

Set within a converted transformer station in the heart of the city, the 31-room Herman K still retains many original elements, such as the dark bronze slats on the façade and giant green doors inside and boasts a cool bar and top restaurant.

Axel Guldsmeden opened in 2007, in a beautiful turn-of-the-century building and is still the group’s biggest hotel in terms of the number of rooms. Axel quickly became a pet favourite of eco-conscious travellers who still want a certain level of comfort and quality and was the first of the Guldsmeden Hotels to achieve the golden (Ø), the green key and a Green Globe certification.

Green Globe, which is one of the most exacting certifications available to the hospitality sector, audits its members once a year and demand a 5% improvement on a given area, while the official Golden Ø label signifies above 90% organic food.

Axel offers 202 rooms including four penthouse suites, each with a private rooftop terrace and jacuzzi. Guests can spend time at the relaxing retreat, Axel Spa, or in Cafe du Nord, the lounge or the courtyard.