WHEN & HOW WILL THE EVENTS INDUSTRY GET OUT OF THIS? 3 PHASES TO LOOK FOR 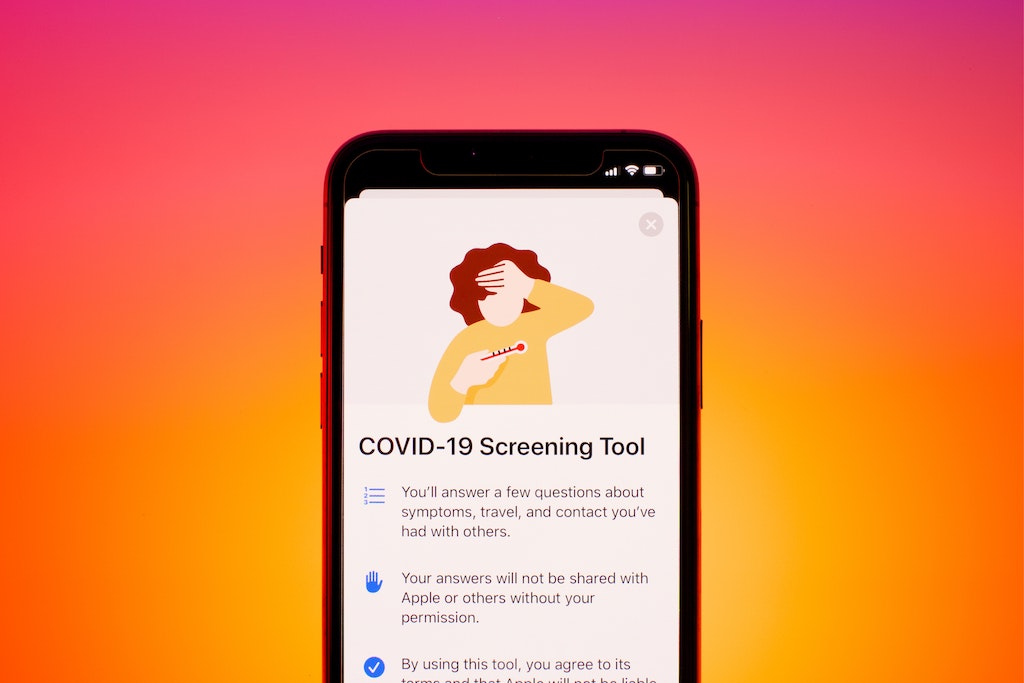 WHEN & HOW WILL THE EVENTS INDUSTRY GET OUT OF THIS? 3 PHASES TO LOOK FOR

Howard Givner, founder of the Event Leadership Institute, gives his take on how and when #eventprofs and the #eventsindustry might emerge from this dark period…

When this is finally over, we will all look back and say, in the immortal words of George W. Bush (whispered to Hillary Clinton at the Trump inauguration) “Well, that was some weird sh*t.” But what exactly does ‘finally over’ look like and when will we get there?

There Isn’t Going to Be An ‘All Clear’ Signal

That’s the big question everyone wants to know. Unfortunately, there’s no giant bell that’ll be rung to usher in a recovery. Bear markets and recessions don’t advertise their demise; we emerge from them gradually while no one’s looking. And usually the tide will have turned long before most of us realise it. Homeland Security expert Juliette Kayyem wrote a great piece on this recently titled This Crisis Could Last 18 Months. Be Prepared.

[If you’re looking for other clear-eyed experts to provide some good insight into the pandemic, I recommend biological scientist Nicholas Christakis and infectious disease epidemiologists Marc Lipsitch and Trevor Bedford.]

Those of us old enough to have been of working age during the aftermath of 9/11 will attest to the fact that nobody can point to a date or even a period of time when the events industry started to feel “fully recovered” from its effects. We were scared all the time that another shoe was going to drop at any moment. [And for those who were too young at the time, it wasn’t just the original attacks that got everyone freaked out; it was anthrax sent to news organisations, daily colour-coded alert levels, rumours of suspicious cars and packages everywhere, etc. The pall of dread lasted quite a while.] But eventually we found our footing again and thrived in a ‘new normal’ environment, with significantly enhanced security being a major byproduct.

And it will happen here too. But what exactly will this ‘new normal’ look like, and when and how will we get there?

I know, people have been saying virtual events will take off for the last 10-15 years, myself included. But as cool as the technology has been, it hasn’t quite achieved the mass traction many have expected. Whenever I would give a presentation on this, someone would invariably joke “when I can have a virtual beer with a customer, then I’ll take this seriously,” and that often proved a tough narrative to overcome.

But sometimes it takes an inflection point to change the landscape, and right now, people are in fact now having virtual beers with their colleagues. For a huge number of people, experiencing this baptism-by-fire of virtual interaction has shown them that while it may not be a true substitute to meeting in-person, it’s a lot closer than people thought. Even newscasts now are utilising virtual studios and interviewing people in their homes, fully removing any stigma. The days of the technophobe executives poo-poohing virtual as a concept are over. Social dynamics have finally caught up with the tech.

Here’s why virtual meetings and events will likely be the first industry sector to lead us out of this storm:

Here are some indicators to look for that this phase has found its stride:

Make no mistake; the rising tide of virtual events will not lift all boats. It will not help venues, transportation, catering, lighting and other vendors. But many service providers might be surprised at how their skills can flex in this new direction.

One of the more salient articles about how we might emerge from the current situation is the National Coronavirus Response: A Roadmap to Reopening by the American Enterprise Institute (AEI). A key facet of that report is the recommendation/prediction of a phased, state-by-state reopening (or by even smaller metro areas) as those regions begin to get control over their spread.

This has tremendous consequences for the events industry, as it would make it very challenging to host events with a national or global attendee base. But it would favour local events attended by people in the same region, such as fundraising galas for local institutions or internal events for employees located near a given office. Events that would normally target multiple cities would need to be pared down to those localities that have emerged from lockdown.

In this scenario, event hosts will need to plan with much shorter lead times and be highly flexible, as regions may emerge from shutdown mode with little notice, while others that are open for business may need to revert back if the disease spikes again.

But, and this is an important point, just because a metro area lifts their lockdown measures doesn’t mean people are going to be eager to gather in the close quarters most events lend themselves to. Gatherings by nature bring people together, but now they have a second meaning: disease spread. And that means the early wave of face-to-face events may need to reassure guests that they’ve taken appropriate measures to minimise that spread.

Improving hygiene seems easy enough by installing automated hand sanitisers all around the venue. But the social distancing element will be much harder to finesse. You’ve seen the press conferences with staggered seating. Hospital waiting rooms have every other seat blocked off. What new room set ups and seating formats will we need? For theatre or classroom style meetings it may be easy to lower density without drastically reducing the impact. But how can you modify the networking reception to avoid crowding, while still enabling people to, well, network?

This will largely be a process of trial-and-error as event organisers see what works in what situations.

One good thing to come out of all this is we finally – FINALLY! – have the entire world’s attention on the importance of live events. Now that they’ve been forcefully removed from our lives, everyone is pining away to attend their next music festival, industry conference, strategy meeting or trade show, to experience all those great things that events offer, and that we as an industry have generally done a mediocre job of articulating.

That hunger will be even deeper among event hosts. Chief revenue officers are dying to hold a sales incentive, user conference or product launch. Managing directors at investment banks are itching to do road shows to promote their latest deals. Alumni affairs directors are hungry to hold community-building and fundraising events for their universities. The list goes on, but rest assured that everyone is deeply missing their events right now.

There are only two scenarios I see that will enable the live events industry to return to some semblance of normalcy that we will recognise: (1) when a vaccine is developed, or (2) with virtually instant testing. While the former is likely a year or more away, thankfully instant testing could be here very soon. Abbott Labs announced that starting April 1st they will begin deploying a 5 minute Coronavirus test delivered via a portable seven pound device that looks about the size of a trade show badge printer. Until we get a vaccine, this is our best hope.

Picture arriving at a conference and, similar to first having to pass through a metal detector, you’re now first routed to a roped off testing area administered by trained medical professionals. Those who test negative will be given a special ID bracelet designating them as cleared to enter the venue. Yes, it adds a delay and inconvenience, but one that every attendee will gladly endure. Once inside, people will be able to relax and enjoy the event without any social distancing. The ultimate VIP room. It may sound like a scene out of a dystopian sci-fi movie, but this may very well be our reality in the short-intermediate term.

Planning in-person events in this new normal will require having a robust Plan B ready to go at a moment’s notice, in the event we see a second wave of the virus or people becoming re-infected with the original one or a new variant. In many cases this will entail cancelling the in-person portion, while pivoting to a digital event backup plan. As Vesuvio Ventures CEO Marco Giberti said in his post Live Events After Coronavirus: Three Potential Scenarios, smart event professionals will successfully blend both digital and face-to-face engagement strategies in a hybrid approach, rather than solely relying on either one.

The Culling of the Herd

The Coronavirus is causing seismic shifts in the worlds of healthcare, finance, business and social behaviour at an unprecedented pace. Above I’ve envisioned several phases for how the live events industry emerges from this cloud, though these are very fluid as the situation changes. How organisations respond to this and which phases they embrace will largely be driven by how badly a given group truly needs to meet, which in turn is a function of their perceived event ROI.

Those events that are cost-effective and critical to an organisation’s strategic goals will find a way to adapt and take place in some iteration. When the dust clears, hosts of those events will double down and inject more resources to expand them. Those that never had clear goals or quantifiable outcomes will not withstand the new scrutiny and may never come back.

A pandemic, an economic depression, and (you really can’t make this up) a ban on gatherings. All at once. Frogs will be falling out of the sky any day now, just watch. This is indeed the mother of all Black Swans.

The term ‘Black Swan’ has been around for a while, meant to connote an event or thing incredibly rare. In fact, in the 2nd century when the term was coined, black swans were thought not to exist. (Eventually they were discovered in 1697). The phrase was popularised by Wall Street trader Nassim Nicholas Taleb in his 2001 book, Fooled by Randomness, where he focused on the financial impact of black swan events.

In general, a ‘Black Swan’ event has three main characteristics:

Examples include the 9/11 attacks, the 2008 financial crisis, Pearl Harbour, and the collapse of the Soviet Union. All had wide-ranging, long-lasting and unpredictable impact. Black Swan events knock us off our equilibrium, like being doused with a bucket of ice water out of the blue. But as bad as the shocks may be, after they wear off things find a way to get back to normal, albeit often a ‘new’ normal. It’s noteworthy that for all of the dramatic and unforeseen examples listed above, the world survived and eventually prospered again. Because the world adapted.

And adapting to change is THE biggest key to survival. According to Darwin (though the exact quote may not be his) “It is not the strongest or the smartest species that survive, but the ones that are most adaptable to change.” The same can be said of companies, schools, associations and other organisations, all of which are at some point faced with the challenge: adapt or die.

As individuals, we can’t always control the external circumstances thrust upon us. What we can control, however, is how we react to them. Organisations renowned for their customer service, such as Four Seasons or Ritz Carlton, excel at this. Their people are trained to nail how they respond to unforeseen events.

And event professionals, the good ones anyway, live by this credo. A gazillion random things can, and often do, throw us curve balls at our events, and we react with calm professionalism. Well, we need that now more than ever if we’re to survive this “weird sh*t”.

One Industry One Voice expands and rebrands