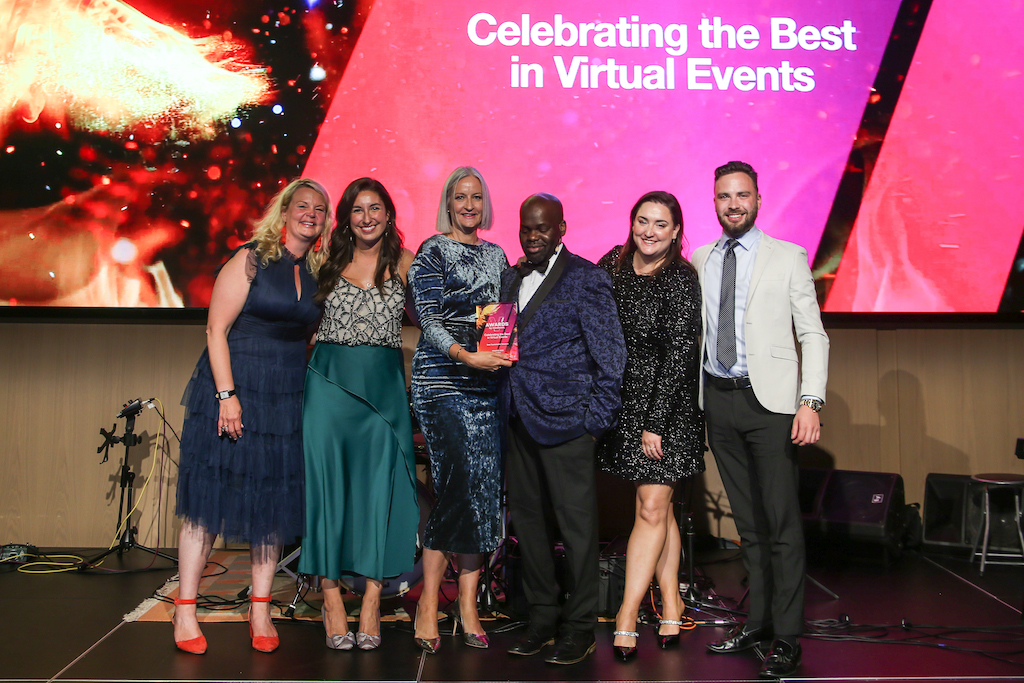 Sledge won the Best Sustainable Solution category at the micebook V Awards last month for its work on FACT Dialogue. We shine the spotlight on the agency’s winning entry…

Sledge was appointed to design and produce two events for The Forest, Agriculture and Commodity Trade (FACT) Dialogue, an initiative from the Department of Business, Energy and Industrial Strategy (BEIS) as part of the COP26 Presidency. Its core aim is to reduce deforestation from agricultural products globally, to meet the 2015 Paris agreement on Climate Change.

The first event was a global live stream known as ‘What is FACT?’ which sought to raise awareness of the initiative among the public. Producing this event involved filming on location at Kew Gardens and a local primary school and editing footage into a 90-minute broadcast that featured informative animations, transitions and mini ‘ad’ breaks. Sixty second teaser videos were also created for social media.

The second was a plenary session for 800 VIPs as part of Nature Day at COP26, where the aim was to reveal a signed roadmap detailing the actions that the countries it had secured to support the initiative would take after COP26.

Hosted by Theresa May, Pamela Cook-Hamilton and Ellie Goulding, the session featured an animated presentation, high-energy walk on music and a musical performance by singer Beatie Wolf.

The What is FACT? broadcast gained 15,500 views, and more than 90% of people watched the livestream in full. Social impressions across What is FACT? animated content reached more than 100,000.

Following this combined activity, the FACT Dialogue treaty has been signed by 30 countries, and another 25 countries have endorsed the joint principles for collaborative action. Judges said the team did a great job of bringing a large amount of information to life in a colourful and interesting way.

FAM report: why Copenhagen is the world’s sustainable event capital

OrangeDoor on… the road to B Corp certification