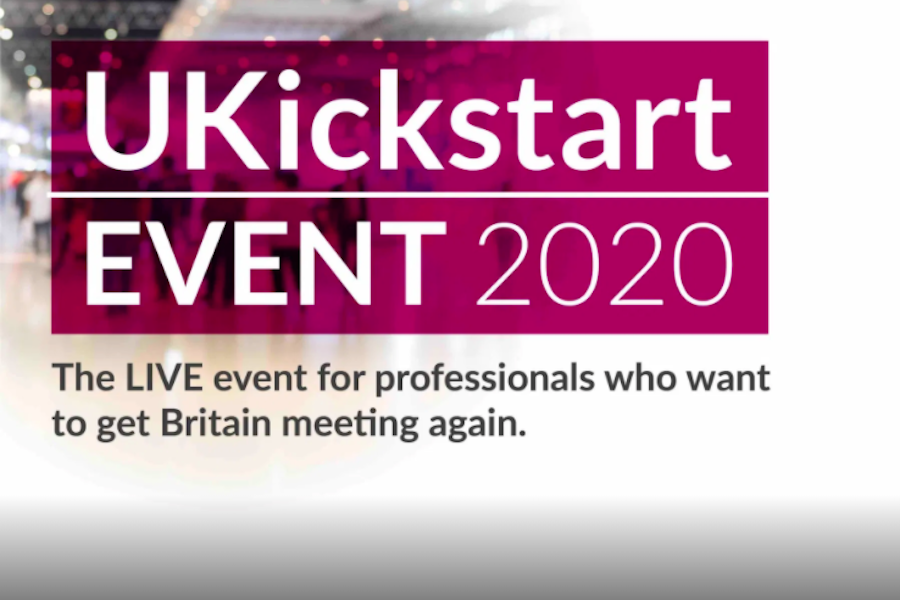 Many UK industry associations and prominent leaders in the sector have teamed up to create and support UKickstart Event – the first nationwide major face-to-face gatherings of meeting professionals since lockdown – in a bid to kick-start the events market.

This free-to-attend nationwide multi-hub live and virtual event, which will take place on Tuesday 8 September at 2pm, will bring together meeting and event leaders and professionals at several UK-wide LIVE in-room venue hubs to demonstrate the power of events and showcase the industry’s role in the economy and its plans for the future.

The initiative is being spearheaded by etc.venues and supported by industry bodies such as BVEP, HBAA, MIA, Visit Britain, ILEA, MPI, ABPCO, EMA, AEO, ESSA, EVCOM, AEV and the London Convention Bureau.

A discussion panel of influential leaders will include a minister from the Department for Digital, Culture, Media & Sport (DCMS), Tracy Halliwell MBE (Director of Tourism, Conventions and Major Events at London and Partners), and Simon Hughes (Chairman of BVEP).

Topics will feature ‘Government Guidance for 1st October’, ‘How we got here as an industry’ and ‘What the future holds for business events’. Additional sessions and guests will be announced in due course.

Attendees can register to attend the event in-person at their nearest Live Hub, which will be located in major cities across the UK, such as London, Birmingham, Manchester, Farnborough, Liverpool and Belfast, with more locations to be announced soon. Up to 30 people will be able to attend in person at each venue.

The announcement follows last week’s #WeMakeEvents call to action which saw over 715 buildings across the UK lit up in red yesterday to symbolise the current danger that over one million people in the live events industry face unless the government provides immediate financial support.

Twenty of the UK’s biggest cities hosted events to raise awareness of the struggling supply chain that facilitate events across the country – from theatre to concerts.

The capital’s finale began on a boat which it made its way down the Thames – passing Royal Festival Hall, the London Eye, the National Theatre and the Tate all illuminated red. As the boat reached key locations, such as Westminster Bridge and Jubilee Bridge – hundreds of volunteers dressed in red and 4,000 socially distanced supporters lined up on the banks of the Thames in the capital to ask the government to ‘throw us a line’.