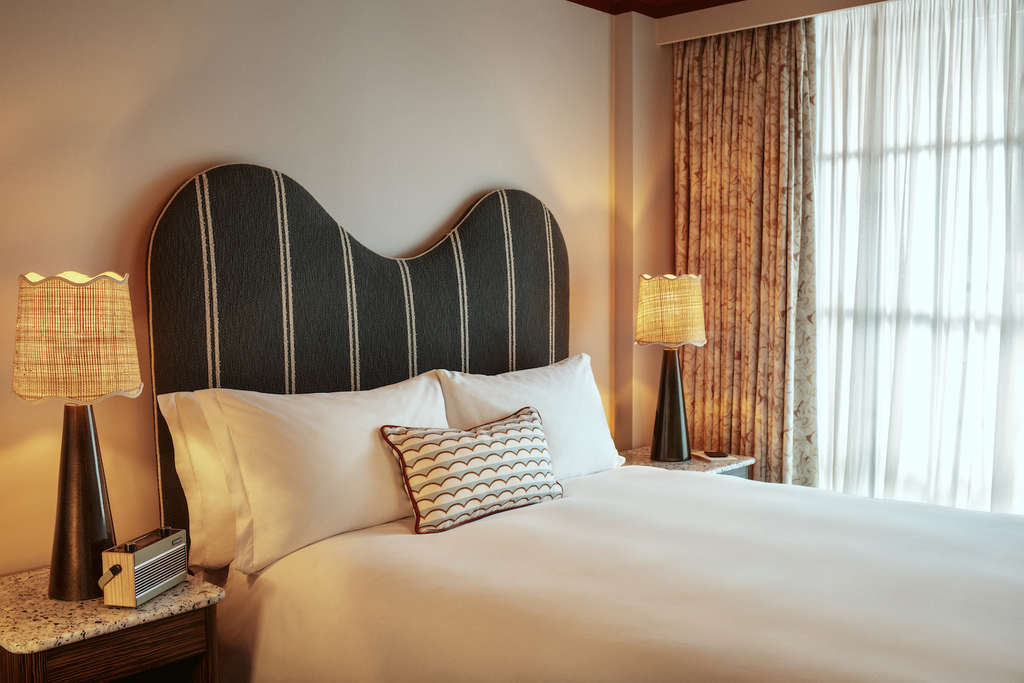 The Hoxton has announced it will open its fourth London hotel in Shepherd’s Bush this December.

Located on the north end on Shepherd’s Bush green, the hotel will have 237 “playfully-designed” bedrooms in six categories, including Cosy, Roomy, Snug Bunk and an all-new Hideout category: think basement crash pads with all the Hoxton touches.

Designed by Ennismore Design Studio, the hotel’s interiors draw references to the local area throughout, with the public spaces paying tribute to retro transport design and some of the symmetry and colour palettes from the TFL archives in the nearby London Transport Museum Depot.

On the ground floor, Chet’s, the Thai-Americana restaurant with a menu from Kris Yenbamroong of LA hotspot NIGHT + MARKET that was met with rave reviews during its three-month residency at The Hoxton, Holborn will plate up fiery flavours for breakfast, brunch, lunch and dinner.

The hotel will feature The Hoxton’s signature meeting and events concept, The Apartment, which features in each of its hotels. Located on the ground floor in Shepherd’s Bush, with four rooms centred around a communal Pantry Kitchen, the space lends itself perfectly to meetings, parties and private dining.

The property is The Hoxton’s fourth in its hometown of London, joining the original property in Shoreditch and Holborn and Southwark. The Hoxton Shepherd’s Bush is one of five new openings planned across Europe in 2022 and 2023, including Barcelona, which opened in April, Berlin, Brussels, and Vienna.