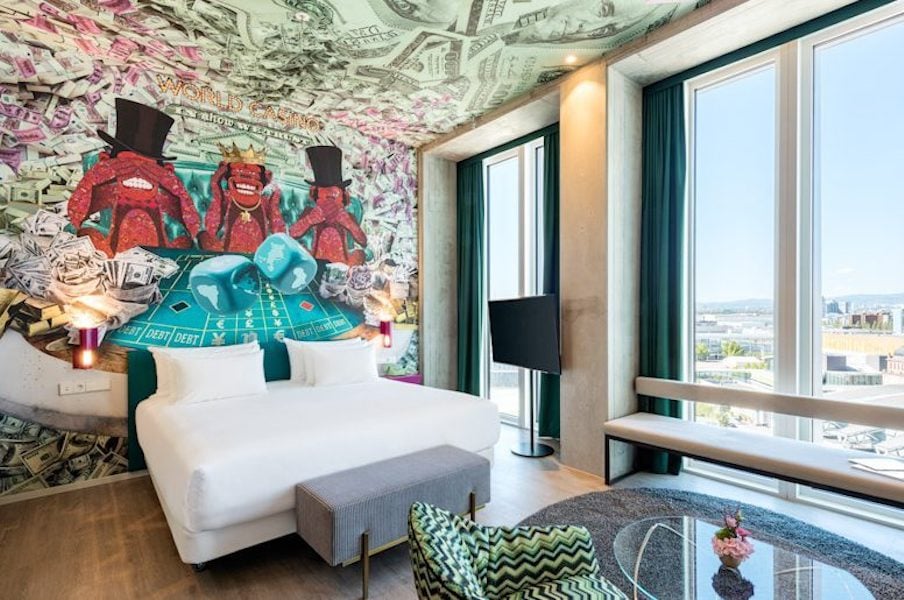 NFT Skybar and Restaurant will open this autumn, and will be Germany’s highest rooftop bar, with 360-degree views of the city.

In keeping with Nhow’s quirky style, the property features interior design by Spanish studio Rafael de La-Hoz, inspired by the motto “The Art of Money”. Design elements include a golden staircase in the entrance inspired by falling coins, and large pop-art-style banknote motifs by mural artist David Zuker throughout the building, while rooms feature bold graffiti on the walls and ceilings.

Nhow Frankfurt joins the existing Nhow Berlin, as well as six other hotels under the brand in Amsterdam, London, Milan, Rotterdam, Marseille and Brussels, with plans for a third German property in Hamburg.