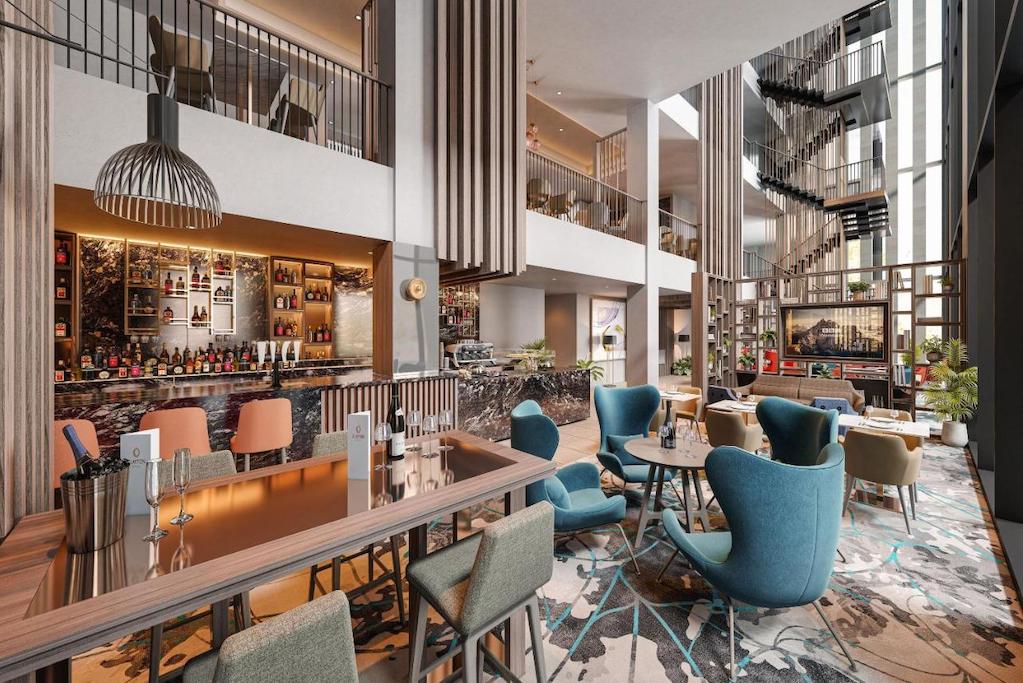 Clayton Hotel Manchester City Centre is in the heart of the city on Portland Street, just five minutes’ walk from Piccadilly Gardens.

The £45 million development features 329 rooms, a triple height reception area, a dedicated conference floor, and No. 55 Restaurant and Bar. There are five flexible meeting rooms, which can accommodate a range of events for up to 153 delegates.

New properties are also planned for Bristol and Glasgow this year. Clayton Hotel Bristol City will be a conversion of the listed façade and the existing Natwest Court office building on Broad Street. Expected to open in Q1 2022, the hotel will have around 255 rooms, a bar, restaurant, and extensive conference facilities.

Clayton Hotel Glasgow is expected to open during Q2 2022 in the city centre on the River Clyde, with 300 rooms, a bar, restaurant and conference facilities.