micebook’s most popular event destinations in 2019 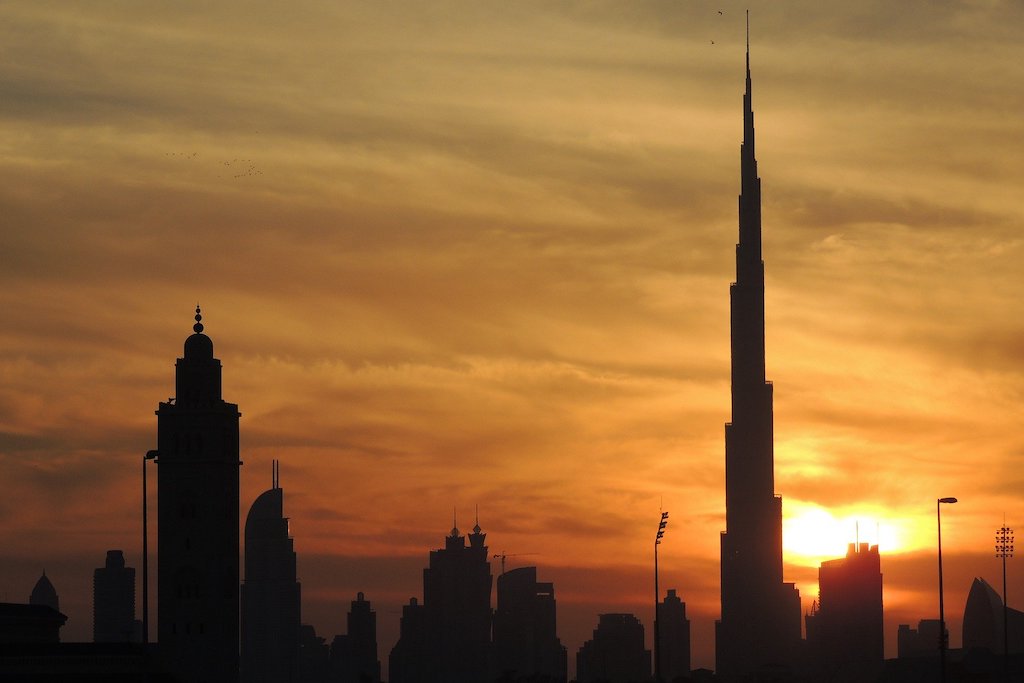 micebook’s most popular event destinations in 2019

For the first time, we’re excited to reveal micebook’s very own list of the most popular event destinations across the last 12 months. Based on the most searched-for destinations on the micebook online planners’ hub coupled with the most popular articles on our Departure Lounge bulletin, this list gives real insight into the destinations #eventprofs are researching, pitching and hosting events in 2019 and into 2020… 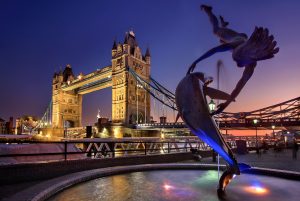 It comes as no surprise to team micebook that London is among our most searched-for destinations. 2019 has seen some major and highly anticipated new openings, from Belmond Cadogan Hotel at the start of the year to Great Scotland Yard in December, both of which we were thrilled to showcase to our community of #eventprofs at live micebook events. And the capital is set for another great year ahead – 2020 is expected to see the addition of 7,995 hotel rooms across 65 new hotels, marking the largest number of openings London has ever seen in one year (STR) – which will no doubt see it remain a number one choice for planners. Among the first of these will be nhow London, which you can see first-hand at our exclusive event on 15 January.

When the clock chimes midnight on the 31st December, Dubai and its residents will finally get to welcome in 2020 – a year that has been much anticipated for the Expo host. Running from 20 October 2020 until 10 April 2021, the expo promises to deliver ‘a world without borders’ with a flavour of 192 countries to be discovered within the pavilions, more than 200 restaurants and 60 shows a day at the region’s first World Expo and arguably the region’s largest event. Unsurprisingly in the build-up to such a major event, the emirate’s hotel stock has once again been on the rise and Expo guests will be spoilt for choice with new openings including the Andaz Dubai The Palm, along with Taj on the Palm by Taj Hotels, plus the forthcoming contemporary ME Dubai. 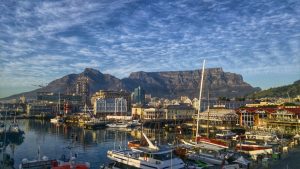 South Africa has long been a top choice for incentive and conference planners alike, and Cape Town’s allure shows no sign of dimming as its cultural star continues to ascend. The launch of the Zeitz Museum of Contemporary Art Africa, located on the V&A Waterfront, coupled with opening last year of the stylish Norval Foundation has further added to the destination’s attractions. Several new boutique properties have also made their debut including Cape Town’s very first Design Hotels property – cheekily named Gorgeous George, and Labotessa, set in a 17th-century congregational church with sweeping views out across Lion’s Head and Table Mountain.

From citizen M to Moxy, The Hoxton to The Bond, New York’s burgeoning accommodation portfolio can cater to all tastes, ensuring it remains a perennial favourite among planners. Hudson Yards, home to a wide array of top-notch restaurants and shops, a unique cultural centre and the first-ever Equinox Hotel, is the latest neighbourhood in the Big Apple and at its core sits New York’s newest landmark, The Vessel – which is a climbable, interactive public monument, unlike any in the world. This year saw a number of luxury properties make their debut in the city, including the Renaissance New York Chelsea Hotel, Mondrian Park Avenue, the Hoxton Williamsburg, the first Hoxton hotel on North American soil, plus two Moxy properties in Chelsea and Downtown and a citizen M Hotel. 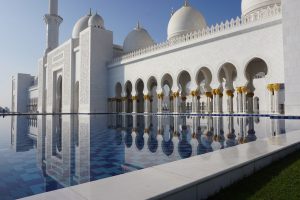 Last year’s roster of new hotels included the striking Edition Abu Dhabi along the waterfront of Al Bateen Marina, featuring 198 super-slick guest rooms and 57 serviced residences plus three signature restaurants to be seen in. This year’s hotel chatter is dominated by the new Radisson Blu Hotel and Resort on Abu Dhabi’s famed Corniche. The brand has taken on one of the best-loved and historic properties in the Emirate and restored each of the 327 rooms and suites, while giving the three swimming pools, spa and beach club a modern makeover. Jumeirah will also follow its 2018 launch of Jumeirah Saadiyat Island with its latest launch – Jumeirah Al Wathba Desert Resort & Spa. But it’s not just all about hotels. Other notable debuts in 2019 include the arrival of Cirque du Soleil in Abu Dhabi with their theatrical circus show, Bazzar.

The German capital welcomed a number of new hotels across 2019, with InterContinental Hotels Group opening its 100th Hotel Indigo property in the capital. The Hotel Indigo Berlin East Side Gallery boasts 118 rooms and features graffiti blocks and a vibrant colour scheme, inspired by the famous Trabi car. Meanwhile in the nearby neighbourhood of Berlin Friedrichshain in the heart of the city’s new Entertainment District the Hampton by Hilton Berlin East Side Gallery opened featuring 254 rooms, next to the Mercedes-Benz Arena. Meliá also launched Innside by Mélia Berlin Mitte in German capital, adding 229 rooms to the destination’s hotel stock. The hotel boasts a fitness centre and Finnish sauna on its top floor, plus an orchard named Optimus Garden, where herbs and vegetables are grown and then used in the hotel’s restaurant. 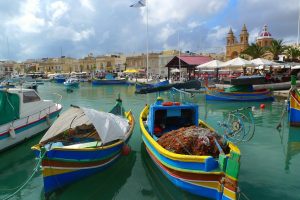 With a warm, sunny climate, stunning backdrops, a rich history and culture, fine gastronomy and activities aplenty, Malta can cater to events of all types, and has become something of a hotspot for event planners over the past several years. Global DMC Partners ranked Malta as the top European destination on its 2019 Meeting & Incentive Destination Hot List, and third in the world behind Costa Rica and the Bahamas. A raft of new boutique properties have further boosted Malta’s appeal for smaller high-end incentives, including Cugó Gran Macina Grand Harbour, Domus Zamittello and Iniala Harbour House, while next year will see the opening of a new Malta Marriott Hotel & Spa and Malta’s first Hard Rock Resort.

While the popular cities of Milan, Rome, Florence and Venice remain in favour with event planners, 2019 saw the spotlight shine on some of the country’s lesser known cities and regions such as Matera and Puglia. Matera, which was European Capital of Culture for 2019, is a stunning a rocky mountain region full of monasteries, castles and churches with hotel options including the exquisite Sextantio le Grotte della Civita where the gorgeous caves have been turned in to a boutique retreat and the stylish Palazzo Gattini. Puglia – the beautiful but off-the-beaten path region that forms the heel of Italy’s boot – has welcomed some stunning new retreats including Masseria Torre Maizza, A Rocco Forte Hotel, Castello di Ugento and Design Hotels member Palazzo Daniele. Meanwhile back in the big cities, Rome has welcomed Rocco Forte’s  Hotel de la Ville and the super sleek Chapter Roma, while Venice saw the reopening of the  San Clemente Palace Kempinski and the debut of Marriott’s luxury St Regis brand. 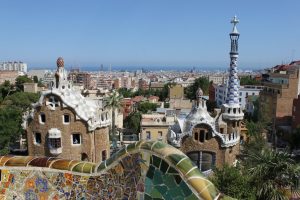 Plentiful sunshine, safety, ease of access and an ever-expanding portfolio of quality hotels ensure that Spain is rarely out of favour with planners from across the globe. Barcelona welcomed several new hotels in 2019 including the Nobu Hotel Barcelona in September, while capital Madrid is preparing for the arrival of Four Seasons Hotel Madrid and the W Madrid. But it’s not just the mainland cities that are getting all the attention, Ibiza has seen a new breed of sleek, chic luxury properties are coming on stream that make the island an increasingly enticing proposition for events and incentive planners. These include W Ibiza, representing the brand’s debut on the White Isle, and BLESS Hotel Ibiza, the second property from the chic new brand.

One of the most charismatic and vibrant cities of Europe, Portuguese capital Lisbon effortlessly blends traditional heritage, with striking modernism and an ever-growing portfolio of high-end hotels and event venues, making it an increasingly popular choice for planners. Meanwhile up in the Douro Valley, Porto’s appeal has increased in 2019 thanks to a flurry of new luxury openings including Vila Foz Hotel & Spa, PortoBay Flores and Le Monumental Palace by Maison Albar collection, set in a historic listed building with a stunning neo-Gothic façade dating back to 1923.