Interview with Nico Rosberg – from F1 champion to sustainable advocate 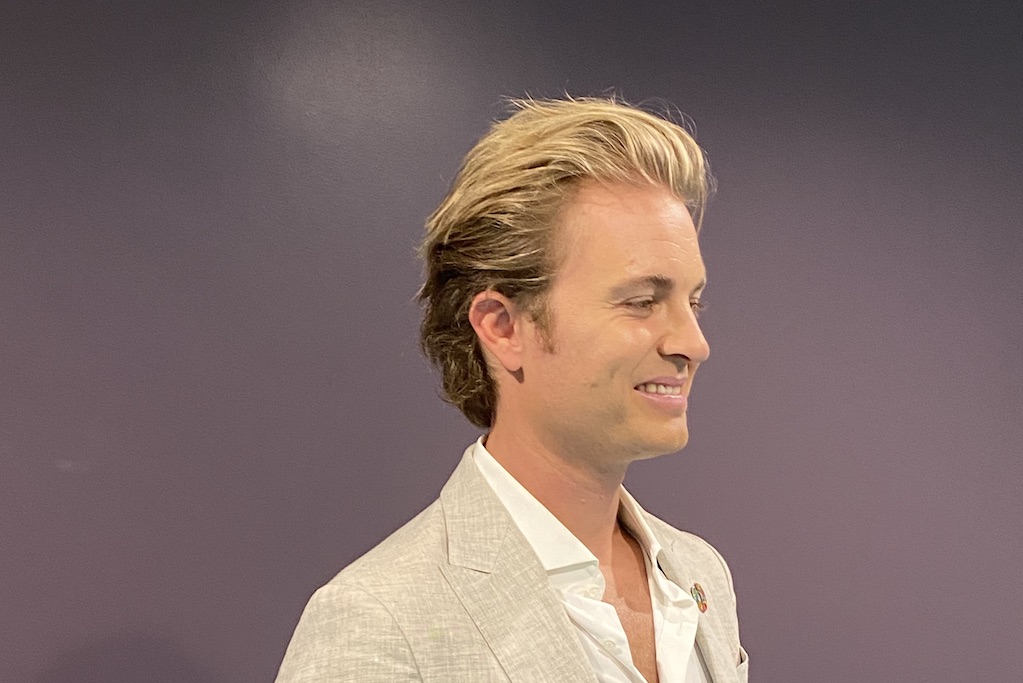 Interview with Nico Rosberg – from F1 champion to sustainable advocate

Earlier this month, we attended the first edition of GREENTECH FESTIVAL SINGAPORE, which welcomed over 1,000 visitors to Singapore’s Gardens by the Bay, as part of a MICE media fam organised by the Singapore Tourism Board.

The GREENTECH FESTIVAL (GTF), founded by Sven Krüger, Nico Rosberg and Marco Voigt, is the largest sustainability festival in Europe. As a former F1 racing driver and champion, Nico Rosberg admitted during the opening press conference that one of the last times he was in Singapore for the Formula 1, he was pumping carbon emissions into the atmosphere, but was returning to try and take emissions out of the atmosphere.

As an investor in green technologies and alternative mobility solutions, and now as co-founder of GREENTECH, Rosberg is passionate about driving the sustainability agenda. We got a chance to catch up with him to found out more…

Tell us more about the GREENTECH FESTIVAL?

GREENTECH is about bringing together the world’s greatest change makers to create awareness and solutions for a more sustainable world. There is the B2C side, and at the heart of it the B2B component, which is about facilitating business partnerships and deals.

Berlin is our main event, which we have run now for four years, and it’s growing and becoming more successful – this year we had 13,000 participants. But we wanted to grow the movement across the world, which is why this year we started our world tour, so we’ve had events in New York, London, and are now ending here in Singapore.

What are you doing to make this event sustainable?

When it comes to events, there are many easy things you can do to make events more sustainable. For example, last night we had vegan food, which makes a huge difference to carbon impact, and that’s so easy but something few events do. It’s not a compromise because it was delicious.

We use renewable energy, we don’t have plastics at our event, and we work with partners such as Carbon engineering and Treedom. Carbon Engineering, for example, will offset some of the emissions caused by the event by conserving a forest in Ecuador and protect the wildlife that lives within that forest.

In Berlin, we have reusable exhibition booths, so people don’t have to transport their own set up. We have a leaf system which we store and bring out again every year and everyone has the same. Next year, we are introducing a new system, but the old system will be recycled completely, so we are not creating waste. The benefit to our exhibitors is that they spend less on their exhibitions set up and they can invest that instead on activations.

That is why we have called it a festival because it is primarily through the entertainment side of things that we want to enhance our message and get other people to join the movement and create that wider community. If we made GREENTECH a purely B2B niche event, it would have very little reach, which is why we created it as a festival that is open to consumers as well as the B2B audience.

A good example is welcoming local Singapore star JJ Lin here. He’s from the music industry and has 6 million followers on Instagram, so when he posts about our event, that’s going to get his followers interested. He’s a role model but he cares about sustainability, so that’s how we are striving to get more people on board.

We have the awards night, which was the gala night last night, where we gave an award to Boyan Slat, CEO of The Ocean Cleanup, for his outstanding contribution to creating a greener world. Boyan is someone who has quite a B2C reach, he is not just niche B2B – he is someone many people are watching and following. That’s why we have the awards night with celebrities – in Berlin we had Robert Redford participating – and singers and other famous people who are high profile on the B2C side.

Here in Singapore, our exhibition is just B2B now, but at our flagship event in Berlin, it’s both, which is how we attract the 13,000 participants. In Berlin, we have concerts too, which attract thousands of people, while in London we had TikTok sensation Sam Ryder perform, which all helps to extend our reach.

2030 is a key date in the journey to Net Zero for businesses around the world. What’s your goal for GREENTECH by 2030?

By 2030, it’s about measurable impact. I would love to make further progress and launch studies which are able to measure the impact we have generated with our community, in terms of partnerships that have been formed, business that has been generated in our space, and enabling companies to be more sustainable. I would like to be able state clearly what we have achieved, and the impact we have generated through what we are doing.