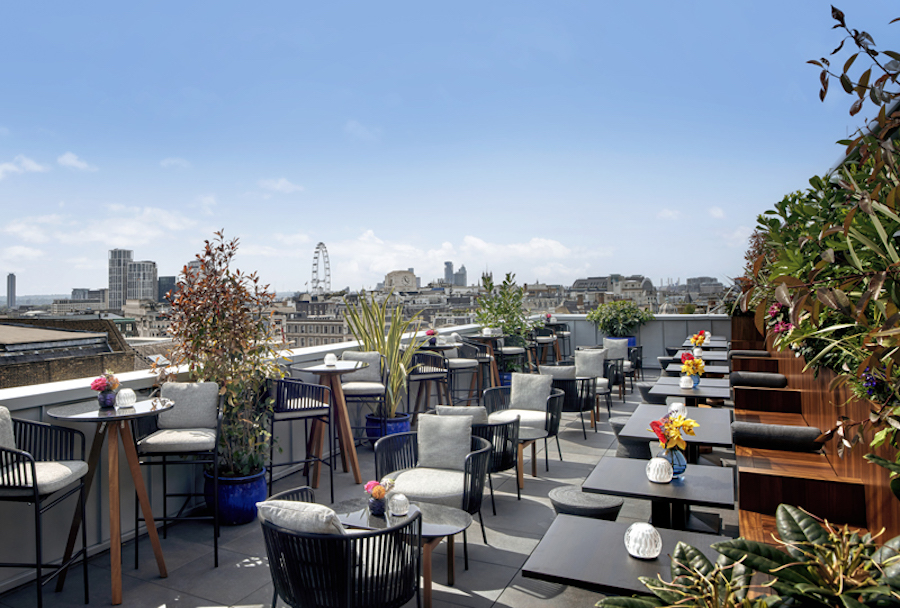 The London property is in a former 1980s office building, known as Drury House, on the corner of Russell Street and Drury Lane, close to some of the capital’s best theatres, boutiques, restaurants and pubs.

For a touch of glamour, the hotel’s Goldy Rooms come with their own freestanding golden bathtubs which overlook the city, while the remaining room categories include Cosy, Comfy and Roomy.

The property has a restaurant and two bars as well as a rooftop terrace. The heart of the hotel can be found in the basement bar where sophisticated cocktail creations are served.

A special highlight is the Skybar with an adjoining roof terrace on the 7th floor, a great spot to end the day with a drink in hand, while the house DJ spins tunes as you soak up the spectacular panoramic views of London.

On the culinary front, top Israeli chef Ronen Dovrat Bloch will deliver an exciting restaurant concept when the hotel’s signature restaurant opens this coming autumn. Located on the ground floor, Penelope’s will serve up a fusion of Israeli and Spanish cuisine.

Samme Allen on changing the perception of the conference emcee