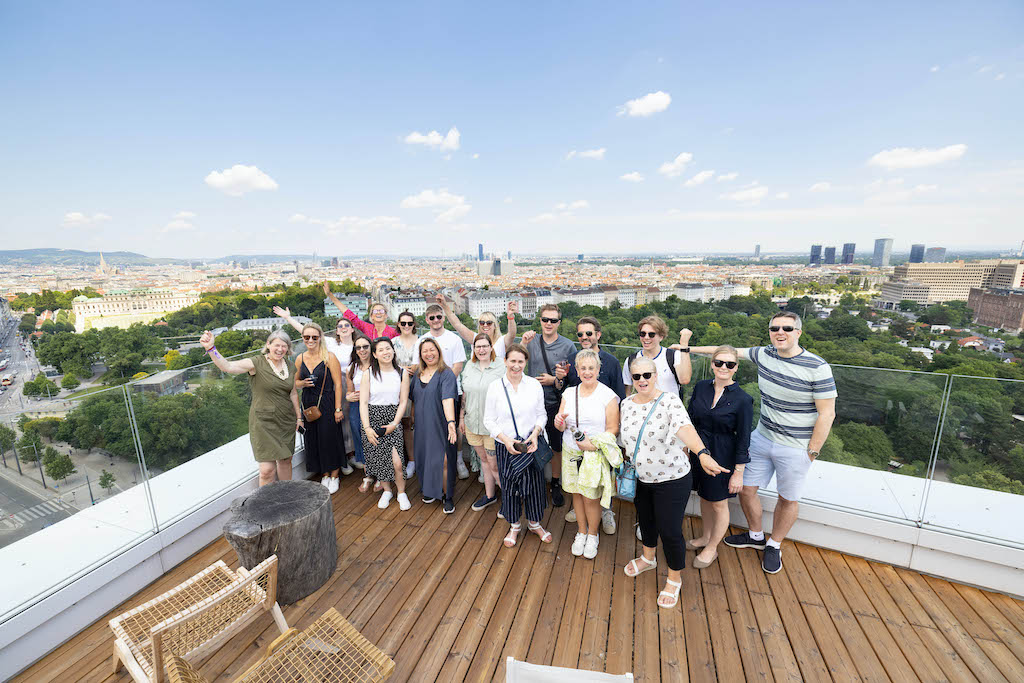 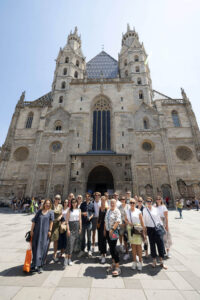 Vienna Convention Bureau recently organised a Meeting Green Vienna fam trip to showcase what the Austrian capital has to offer meeting and events groups from a sustainability perspective. Jak Poole, account manager at Athena Meetings and Events, was among the UK buyers who attended, and gives his lowdown on the experience…

When I was offered the chance to go on a fam trip to Vienna I accepted with alacrity and was looking forward to seeing all the history it had to offer. My trip was organised by the lovely Emma Cashmore and Joanne Simmons from Axis marketing, with the trip being designed by the indefatigable Sharon Dana at Vienna Convention Bureau (who I’m sure doesn’t sleep) and focusing heavily on the sustainability Vienna offers.

After being whisked from the airport to Hilton Vienna Park, I headed to the hotel bar for welcome drinks with my largely German counterparts (this due to my English friends arriving a little later thanks to Heathrow chaos). I was fine after a little German crash course with Alicia and a lot of translation from Maria at Restaurant Salonplafond. The restaurant was stunning, and the food mirrored the surroundings.

The morning after featured extensive talks from Maria Ivan (Hilton sales manager) who’s knowledge covered every facet of the other Hilton Hotels in Vienna. I think if I had asked her how many fibres were in the carpet she would have known. You are immediately filled with the upmost confidence a meeting would run efficiently from the very first second you brought a group here. It also included a talk about the countries Austrian Airlines presented by the always helpful Katharina (I can confirm Austrian Airlines offer the best in-flight sandwiches on the planet). 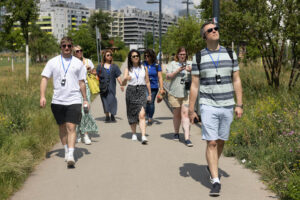 The walking tour was the best way to showcase the city of Vienna and not just its sustainability. Seeing housing projects located close to, or within, business districts was very interesting. The development architecture was contemporary, futuristic, and interspersed with brilliant greenery. The tour included visits to the Schani Hotel Wien, Andaz Vienna Am Belvedere (which offered incredible panoramic views from its rooftop bar) and a presentation of the iconic Hofburg Vienna.

The evening was spent at JOLA, a fine dining vegan restaurant which was nothing short of magnificent. It would almost turn the most hardcore of carnivores onto vegan food (as Emma found out). The Chef is an artist, and his partner made the 10-course taster a truly memorable experience. 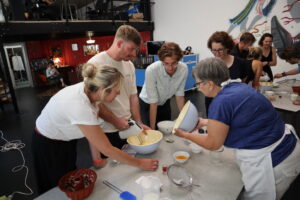 The next day was spent in and around the famous Danube River and included a trip to the Austria Center Vienna and the Radisson Red Hotel. The congress centre’s LED displays are almost like modern art in themselves, and the Radisson Red has quite the rooftop bar. These were punctuated with a little trip out onto the Danube and some cake baking with granny – a lovely initiative that brings young and old together. Another ‘bridge’ between social classes Vienna develops. The cake baking incited some rivalry between the teams!

The final night ended with a short visit at the Messe Wien Exhibition & Congress Center and a group meal at Neni Restaurant lying on top of The Superbude (a hotel which looks as though its straight out of a movie). I have eaten at a lot of middle eastern restaurants and can only say Neni tops the lot. It also overlooks Vienna’s famous theme park, which we got to enjoy straight after the meal. 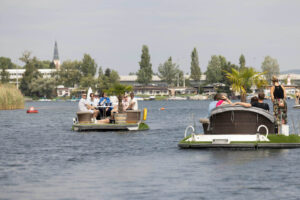 The whole team that looked after us were superb and if you were to run a meeting here you would be in the safest hands possible. I came to Vienna expecting to be transported back a few centuries. To Mozart, museums and archaic buildings (which are all still there). Except the rest of it, is centuries ahead.

One Industry One Voice expands and rebrands