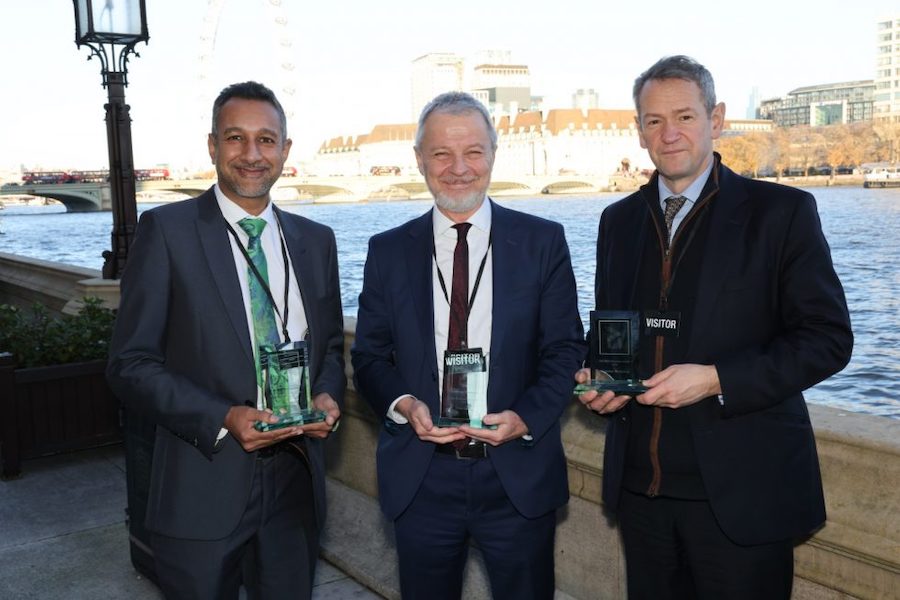 Chetan Shah, micebook founder and CEO, was recognised for his outstanding contribution to the events industry at the EVCOM Fellowship Awards lunch last week.

He was one of three new fellows celebrated at the historic House of Lords event, which brought together the association’s Patrons, Board members and community.

Against the backdrop of the Thames, Steve accepted his award and spoke about his career to date. The corporate film industry, he said, is one where “work meets emotion“, a powerful combination.

He talked about his own career as a filmmaker and his more recent focus upon data. “Data told me a story,” he said. He wanted to persuade his fellow creatives to love the data too, and to recognise how charts and tables can help shapes films and prove their worth.  “Film,” he finished by saying, “is precious and we are privileged to have the skills to work with it – please use it well.”

Board Member Matt Franks (DRPG) then came to the lectern to announce and introduce the second Fellow of the day, micebook’s very own Chetan Shah, who was noted for his contribution to the events industry.

Chetan spoke about horrifying his parents when he made the move from banking to events – although at least he still had the word ‘account’ in his job title. He set up micebook to build community for the sector, a priority which came into sharp focus when the pandemic hit.

“Our sector is all about people and we were the first to be impacted,” he said, talking about the sense of loss many felt when the industry was hit so hard so quickly. He ended by reminding us that “the events industry is a force for good“, an influential force that so many people interact with, meaning it can be used as a tool for change.

Finally, Des Good (Grosvenor Film) defined the importance of communication is his speech, to announce and introduce the final Fellow for the year, presenter, actor, writer and singer Alexander Armstrong.

Xander, as he’s known to his friends, spoke about a speech given by a Norwegian King over radio during the Second World War in which funfair music was played instead of fanfare music –  a lesson, he said, in the importance of “clarity and pronunciation“! He shared his advice for anyone looking to make a career in communication: “Be clear, be good humoured and be fun to work with. And try to be as good as you can at the job.”