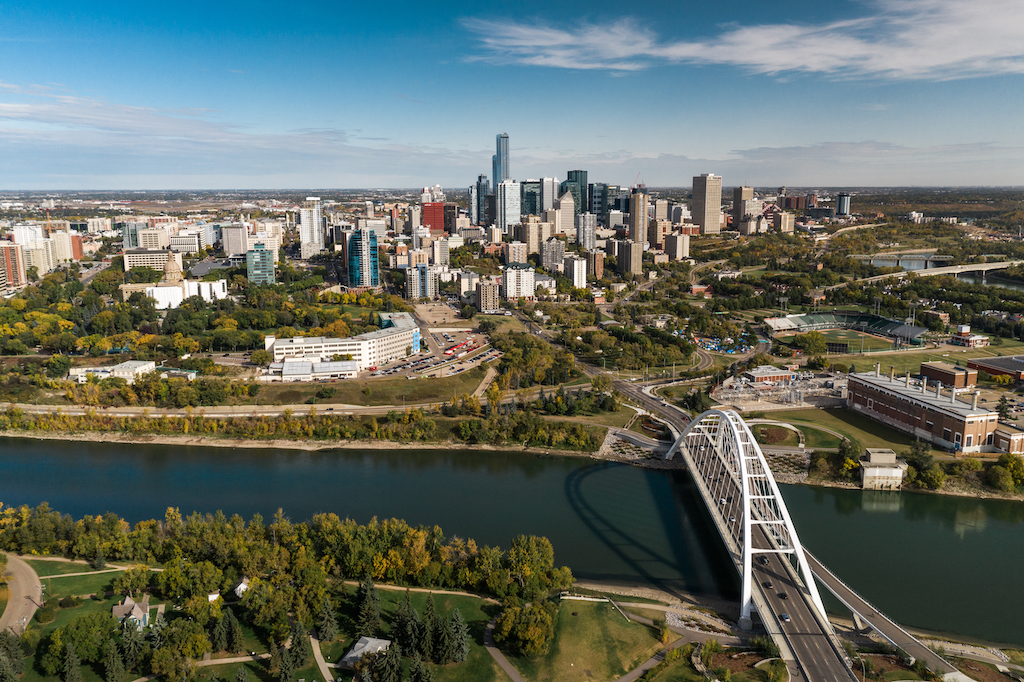 During these challenging times, it’s great to hear about and learn from events that have successfully, and most importantly safely, taken place during the Covid pandemic. At our micebook talks event last week, we were thrilled to share how Edmonton managed to successfully host a major hockey league tournament last summer. Here’s the full case study…

Edmonton and hockey go back – way back – all the way back to the Gretzky days, and the Edmonton Oilers have created a legacy and a passion for sport amongst Edmontonians. So it was a huge honour for Edmonton to be one of two hub cities for the 2020 National Hockey League (NHL) season, and the destination of the 2020 Stanley Cup Playoff.

The Stanley Cup playoff is the championship trophy awarded to the NHL playoff winner. Not only is it the oldest existing trophy to be awarded to a professional sports franchise in North America, but it’s also one of the “toughest trophies to win” according to Steve Walton, Director of Sales & Marketing, JW Marriott Edmonton Ice District, which hosted NHL teams during the event. “You need to win essentially 16 times in about two months. When you talk to most players after they have won it, they say it’s the hardest thing they have ever done. It’s something else.”

“This was the first time in history that the NHL teams could bid to host the Stanley Cup playoffs and finals. Typically the games are held in the home cities of the teams that progress to the next round,” said Janelle Janis, Director – Edmonton Events, Explore Edmonton.

Vancouver was in the running at one point, and Vegas was also a big contender, before the NHL whittled it down to two cities in Canada, Toronto and Edmonton. Edmonton was chosen as the hub city from the semi-finals all the way through to the finals.

“This event only had one objective. And that was for the Stanley Cup playoff to be held in a city from start to finish safely,” Janis explained. “At the end of the day, OEG ended up submitting the best and safest hosting plan. Edmonton has a reputation for being a really good host city, and the Ice District set us apart as we could truly contain the bubble within a three-block radius. But a lot of it came down to the partnerships we have managed to create within our city to just get things done.”

The Ice District, which started as 25 acres of parking lot in the heart of Edmonton’s downtown, has been transformed into what will be Canada’s largest mix-use entertainment district.

“There is a reason why Edmonton is ranked third in the country and 33rd in the world as a sport hosting destination. It’s because we truly believe in harnessing the power of partnerships to achieve great things together and that’s exactly what happened with the NHL hub city here in Edmonton,” said Janis.

“The right people really came together for this event with a vision for making it happen safely in our city. It also helped that we had the great support from our municipal and provincial governments, and our premier and mayor were both quite vocal about their support to host this event in Edmonton. They know how important the event industry is for our economic recovery and they also knew we would exceed the highest standard of health and safety requirements. Our public health officials backed the bid, so it was one huge collaboration.”

OEG came to Marriott with the opportunity last April, after we had closed our doors because of Covid, and it was all super-secret, said Walton. “We had to submit our entire cleanliness plan and how we could pull off hosting six teams in our building for up to 70 days and what that service would look like. Then there was basically silence until June apart from a few questions or details needed. I got a call from the league early June to fill out a form, and then nothing until early July, when they called and basically said they were coming in two weeks and to be ready.”

Janis added: “We literally found out two weeks before teams were touching down at the Edmonton International Airport that we had been selected as the NHL host city. For people who are in the business of organising events, two weeks is not even comprehensible to get everything in place that you need in order to meet all of the requirements and to be successful. For an event of this magnitude, we would start planning years in advance to really take advantage of this opportunity. But everybody just stepped up to provide what we needed inside the bubble and to protect the bubble. We were nimble and we just adapted. We wanted so badly for this to be a positive story and a positive example for events within this crazy time.”

For nearly three months, Rogers Place arena, the public plaza and JW Marriott Edmonton Ice District were home to hundreds of NHL players, coaches, and staff. With a priority on health and safety, the NHL season was able to happen successfully and was broadcast to millions of people around the world.

Despite not being able to leverage the event to drive visitation to Edmonton, Janis said the team tried to think outside the box on how they could leverage local product and the talented individuals that exist in the Edmonton community to create a safe high-end experience from inside the bubble. “We wanted all of those players and the guests staying in Edmonton and the JW Marriott Hotel to go away as ambassadors for our city. We got a hairdresser to set up a pop-up shop to sort-out the players play-off hair, we brought in local chef and winner of Masterchef Canada Trevor Connie to come and cook for the bubble. Some teams and staff managed to make it out to a couple of our beautiful golf courses in the city that were privatised for them and we of course provided local high-end gifts,” she explained.

The Stanley Cup playoffs were a huge success, with zero positive Covid-19 results with the bubble. “The NHL hub city really showed that with the right health protocols in place, it is possible to host a major event in the middle of a pandemic,” said Janis.

NHL Senior EVP & Chief Content Officer Steve Mayer said: “People are recognising that Edmonton is a wonderful place to do a big sporting event. They have my vote as the number host city. They were fantastic.”

The bubble concept used for the Stanley Cup is a scalable approach and could be recreated to host corporate events or meeting. Walton said: “We can offer events like this next weekend. We are ready, we are prepared. Right now it just comes down to instilling that confidence that people can meet in this environment, and it can be productive, it can be engaging, and it can be fun. You just have to add some layers to it.”

Once complete, Edmonton will be the first and only Canadian destination, and one of only two destinations throughout North America, to obtain the GBAC STAR Accreditation.

You can watch the session back via our voice forum here or listen back on our Podcast.