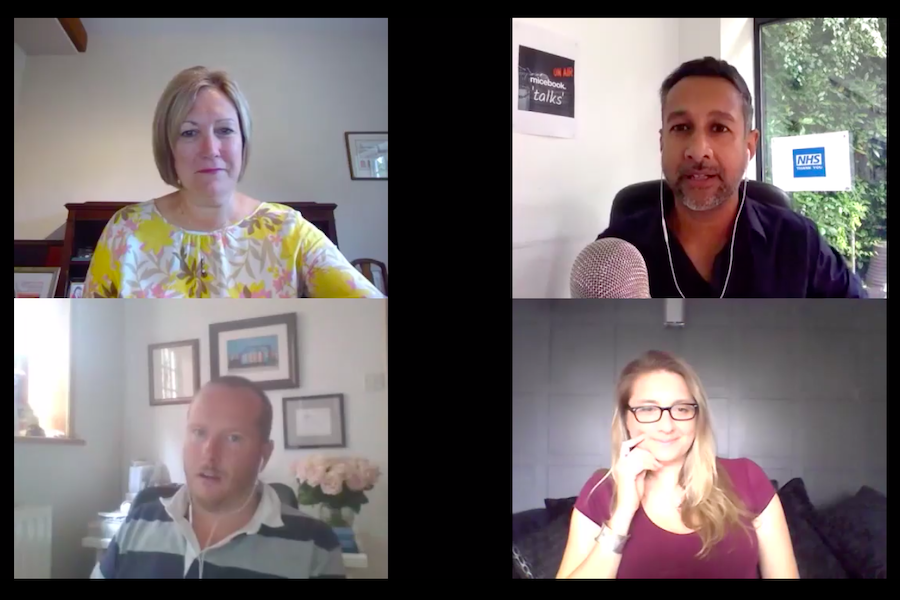 During our latest micebook talks last week, Honda and Noble Events shared how they worked together to deliver the first automotive press launch event post-lockdown… 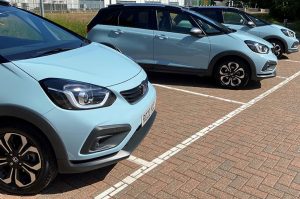 Honda had originally planned to launch the new Honda Jazz and Honda Jazz Crossover models to the UK media in Madrid in late April, but the event was cancelled due to the Covid-19 situation. “Throughout April and May and into some portion of June, the UK automotive industry was at a standstill. We needed to get things going again, get interest in these cars and start selling them. So we had to look at what we could do instead to launch the cars to media. Journalists have to drive these cars and we needed to start publicising that we are selling them,” said Simon Branney, Head of UK PR, Honda UK. “With the help of Noble, we were able to deliver the first socially-distanced car launch.”

Noble Senior Event Manager Katie Stephens said: “We kept a close eye on the situation and government guidelines, and I stayed very much in touch with Simon all the way through. From there, we came up with a plan together for how we could push it forward and make it happen. One of the biggest challenges was venues because there wasn’t a venue. Simon had a brainwave to use the Honda press workshop in Bracknell.

“We had our challenges with risk assessments that were pages and pages long, but I think Simon had the biggest challenge with that internal red tape, but together we pushed through it and managed to tick every box. We were a little bit brave really. We hit the go button when there were rumours that the government were going to allow groups of six people outside together.”

Branney added: “We postponed two or three times. We were waiting for the government to say go and as soon as they did, we said let’s crack on and get the invites out. The usual practice with motoring journalists is that you have to give them at least three months’ notice to make sure you get in their very busy diary. I think we gave them two weeks, and we had a full turnout.”

To get internal sign off, Branney had to create a presentation that went to the UK head of communications, the UK president, the European communications team, facilities, HR and a third party healthy and safety company.

“We had to plan and spell everything out to the nth degree. On the invite we sent to journalists, we had to spell out what measures we were taking to combat against Covid-19. And then we had to put what we expect from you. You will keep 2m apart from everybody at all times. If you have any symptoms, you will let us know. And if you do have any symptoms, you won’t come. And if you get any symptoms afterwards, you let us know so we can let everybody else know just in case. I also attached our risk assessment document to the invite as well,” he explained. “The feedback we had from a lot of the big publishing houses was that it was really easy for them to get sign off to come to the event.”

In terms of the event delivery itself, Stephens said everything had to be kept quite basic from the catering, which was sealed packed lunches and drinks, to registration and arrival. “We couldn’t have a registration desk, so everyone had to know beforehand that there would be tables that were numbered. They each had a number and on their table there was an iPad which we had preloaded with the presentation, and a Covid pack with their masks, gloves and hand sanitiser,” said Stephens.

At end of presentation, the journalists were given the code to the key box that was on their table to retrieve their key for their car. The cars were cleaned thoroughly while they watched the presentations so they could see clearly that every single touchpoint in the car was being sanitised giving them the confidence that their safety was paramount.

Five back-to-back one-day events were held in June 2020. The guest list comprised the most exclusive A-list automotive journalists from across the UK; handpicked to create the greatest impact in the media with the fewest number of attendees. In the end, this was narrowed down to 30 journalists attending in groups of six per day.

The journalists’ schedule kicked off with a 30-minute online presentation via a tablet, followed by a two-hour drive in the Jazz, taking a specially curated route designed to incorporate several contrasting road types. Lunch was pre-ordered and provided within social distancing rules whilst the cars were cleaned and valeted. The journalists concluded their programme with another two-hour drive, this time in the Jazz Crossover.

“There was huge excitement among the journalists as they are used to being away on launches all the time and by that point they had been locked inside their houses for over two months. The fact that people were able to get sign off to come to the event because we’d laid everything out, meant it was an easy win for them,” said Branney.

“We haven’t had results through for the coverage we achieved for June yet. But it more than surpassed expectations. Because no one was doing any launches at the time – we were able to steal a march a bit. For example, we got the front cover of Auto Express and four pages of coverage inside as well.”