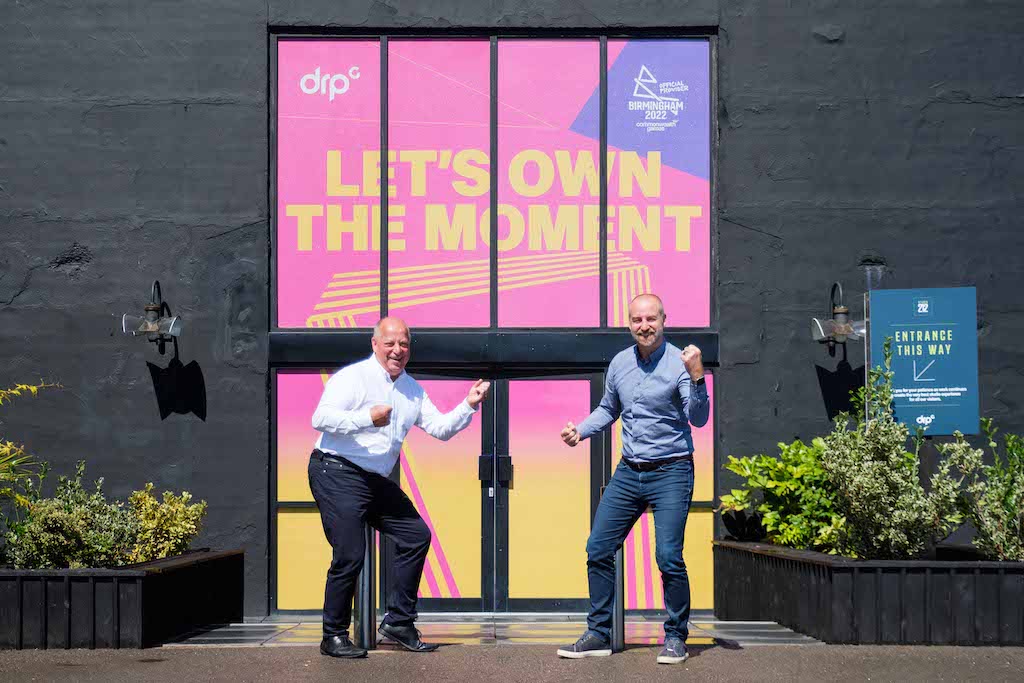 DRPG has been appointed as Official Promotional Event Services Provider for the Birmingham 2022 Commonwealth Games.

The creative agency will be responsible for supporting on promotional events in the build-up to the Games, which will take place from 28 July to 8 August 2022.

DRPG has already worked together with Birmingham 2022 Organising Committee on the design and launch of the mascot, Perry and on a sports festival to celebrate one year to go until the Games begin.

The sports festival, which took place in Centenary Square in Birmingham city centre yesterday, was filled with sports activities, with Team England athletes in attendance. This will be followed by a series of events and activations over the next 12 months in the lead up to the Games with the theme of “Let’s Own The moment”.

Matt Eagles, Head of Communications at Birmingham 2022, said: “It is great to have DRPG on board as our Official Promotional Event Services Provider. They are well known for their impressive, highly creative events that not only wow people, but create a lasting impact.

“Birmingham 2022 is a Games for everyone. Working together with DRPG we want to engage and connect with the nation to build excitement for the Games.”

The Birmingham 2022 Commonwealth Games will see around 4,500 athletes from 72 nations and territories compete in 19 sports across 14 competition venues from 28 July until 8 August 2022. As the biggest event ever to be held in the West Midlands, it is expected to attract more than one million spectators to the city and have a global TV audience of 1.5 billion.

Dale Parmenter, CEO of DRPG said: “As an organisation with a heritage in Hartlebury, we are proud to be part of the West Midlands, but our global presence means the Commonwealth Games is a fantastic fit with our ethos; both a celebration of our diverse, local community and the bringing together of people and countries from all over the world.

“We are really excited to be supporting the Games every step of the way and long into the future as the legacy of the event lives on in Birmingham and beyond. This is a great opportunity for us to fully flex our creative muscles and connect with other key businesses in the region to work together and make this the best Commonwealth Games yet.

“Through our own sustainability goals and values, as well as our sustainable event planning promise and CSR Charter review, we wholeheartedly support the missions of Birmingham 2022, including their pledge to deliver carbon-neutral Games.”

Parmenter revealed in a virtual press conference that the agency is an official sponsor for the Birmingham 2022 Games and would also be sponsoring Midlands-based boxer DJ Orie.

He added that he expected technology to play a big part in the Games. Last year, the agency delivered a Virtual Mascot Summit, which featured athletes live in the studios and linked out virtually to children across the Midlands to help design Perry the mascot

“We have learned a lot about virtual over the last 16 months and I think the virtual element will play quite an important part. What I would like to see is more interactivity, so it’s not just TV pushing out the Games but more opportunity for people to get involved,” he added.

DRPG creates Next Gen Board