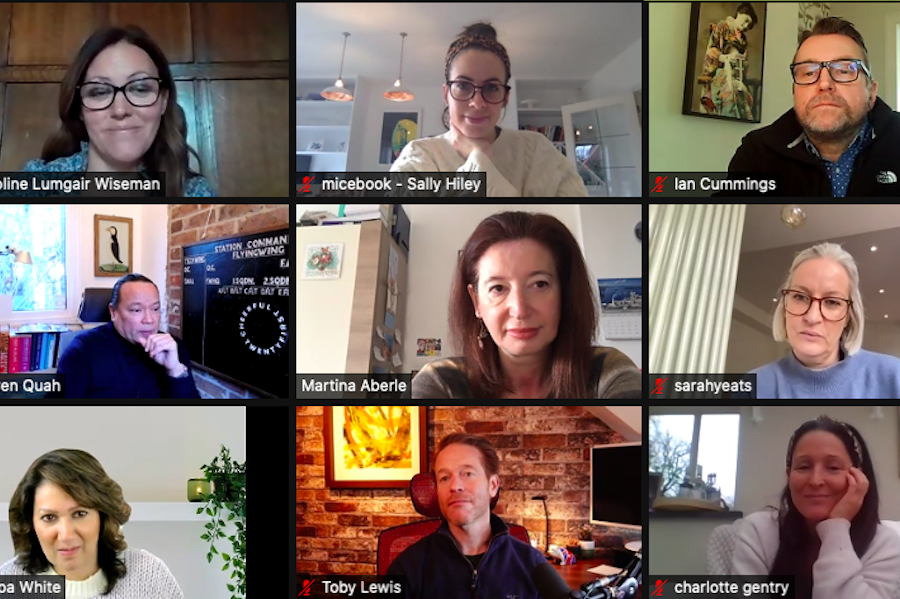 Clients are increasingly impatient to push ahead with the return to live in 2022, despite the surge in Covid cases around the world, according to event agency leaders.

At our first nineteen leaders meeting of the year, attended by heads of agencies including CWT M&E, DRPG, Sledge, Noble Events, Pure, Eventful and more, the mood was upbeat despite concerns and uncertainty caused by the spread of the omicron variant, as well as ongoing challenges around short lead times, resourcing and more.

While many agencies admitted they had in person events postponed because of omicron, they said they were more prepared for it and consider it part of the new normal.

“We had plenty of events planned for Q1 across Europe, which took a bit of a hit as omicron struck, and they’ve either postponed or cancelled. But I think we were prepared for that,” explained one agency head.

“We have spent a lot protecting ourselves from a cashflow perspective. We’re asking for money upfront and we are comfortable with the terms we are signing, so if a client does cancel or postpone, we still get paid for the work that has been done. At the beginning of the pandemic, there were a lot of instances where we didn’t get paid and that’s no longer the case.

“We are getting to the point where we have to learn to live with it. There will be more strains – but hopefully they will continue to be weaker like omicron. If that’s the case, we are in good shape.”

Several other agency heads said they are also getting more payment upfront from clients. “We have completely changed how we scope our projects. If an event doesn’t happen it doesn’t matter as much because we have been paid for the work up until that point. We are asking for quite a lot of money upfront. We try and get 75% of our fees before the job happens,” explained one.

“We are cash strong so we can be confident and get on with business as normal. Covid is now normal, and all our events have Covid clauses in the contracts.”

Leaders agreed that they are still seeing live event enquiries and bookings coming in for 2022, but it depends on who the client is as to when those events will take place. Some agencies still have bookings for Q1 that haven’t postponed or cancelled, while others are predominantly delivering virtual projects for the next couple of months and expect live to pick up from March, April, May onwards.

“We have an international event in Spain in February and the client is determined to continue with,” said one agency leader.

One agency has three international events in February, March and April, including two conferences and an incentive, and all three clients, one of whom is usually very risk-averse, are keen to push ahead.

Another added: “We have an event for 1,500 people in Oman in February and an event for 1,500 people in Portugal at the end of January and as of now, that’s it’s still going ahead. The client is keen to keep it live. If they do decide to cancel, I think suppliers are being a bit more tough with last minute cancellations now, so clients would rather go ahead than lose the money.”

In more good news, another agency head said he has seen a shift in attitude from some clients. “We have had many clients concerned about what would happen if people were to get Covid at their event and the impact on reputation, but that reputational risk is starting to diminish. They are not so worried about running events and lots of people getting ill because omicron is milder. The emphasis is less about people being ill, but more about them having to isolate. Once the requirement to isolate finally goes, I think we will start to see a return to normality.”