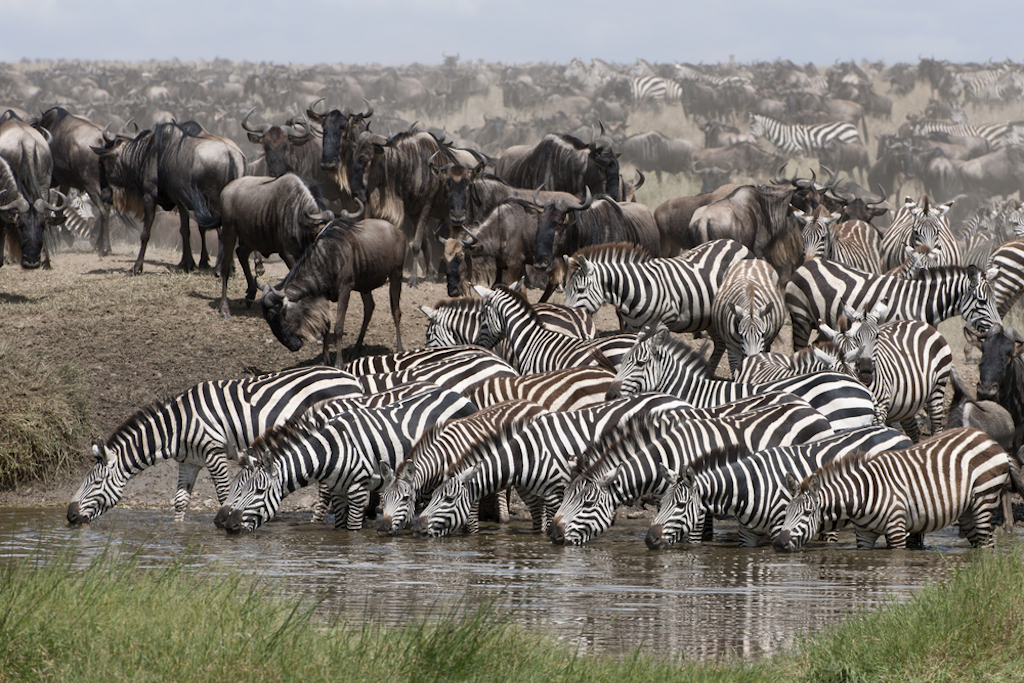 When it comes to creating once-in-a-lifetime incentive experiences, you can’t go wrong with Africa. As part of its #OnlyInAfrica campaign, Green Route Africa has come up with a collection of some of the continent’s most amazing experiences, just waiting to be discovered by groups once international travel restrictions ease.

The options are almost limitless, but here are seven of the best to get you inspired… 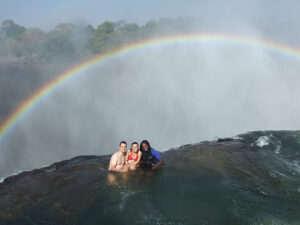 Swim on the edge of the Victoria Falls, Devils Pool

After thousands of years of erosion, many rock pools have formed near the great Victoria Falls – and one of them… right on the very edge! Devil’s Pool – with a sheer drop and a up-close-and-personal view of the sheer drop off the side of the falls – is indeed the ultimate infinity pool!

Devil’s Pool is a death-defying feat that even the most casual of thrill seekers must add to their travel bucket list.

When visiting Devil’s Pool, it’s even possible to lean over the edge of Africa’s Victoria Falls! This breath-taking experience in Devil’s Pool is every bit as mind-boggling as it looks. Visitors can literally get right up to the edge of what amounts more than a 100-meter waterfall drop.

Stargazing the Southern Hemisphere sky from the Namib Desert

Even in a country of impossibly great distances, Sossusvlei is remote. With its red sand dunes and white salt pans, Namibia’s southern Namib Desert looks so Martian that it wouldn’t come as a shock if the Curiosity Rover rumbled over a dune and frightened a herd of oryx.

They’re among the few animals that survive in a place whose name means “marsh of no return.” But then not many people come here for the wildlife. This is a place where people come for the stars.

The International Dark-Sky Association, the go-to authority on light pollution, has certified the region as one of its Dark Sky Reserves because of the spectacular starry night. What’s most amazing about a sky so dark is how bright it actually is.

The Milky Way stretches overhead, with the Magellanic Clouds in bursts of light to the side. Familiar constellations of the southern skies suddenly have millions of neighbours. 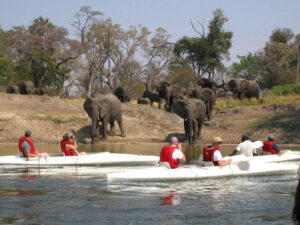 Explore the lifeblood of Victoria Falls by canoe, going boldly into the waters of the upper Zambezi River, where hippo and crocodile roam. Travel downstream in canoes, with local guides to accompany you.

Each journey down these waters is a chance to measure yourself against the power of the river and its animals, a chance to find stillness, to get up close and intimate with nature, and to see and hear more than you could ever imagine.

Your journey starts at the Katombora rapids and continues through the channels of the Zambezi’s islands. Let your guide take the reins or feel free to join in… the choice is yours. As you make your way to a secret picnic spot beneath jackalberry trees on an island, look out for the hundreds of different bird species that call this region home and the wildlife that frequent this essential water source. 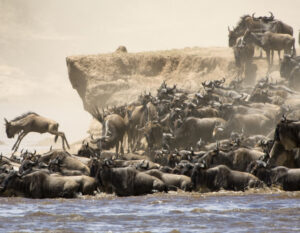 Witness the great wildebeest migration in the Serengeti – The greatest show on Earth!

One of the most sought-after experiences for wildlife and nature enthusiasts, the Great Migration is the ever-moving circular migration of over a million animals across the Serengeti-Mara ecosystem. The ever-moving columns of wildebeest, joined by a host of companions, follow an age-old route in search of grazing and water.

This journey takes them across the plains of the Masai Mara in Kenya, all the way south into Tanzania, through the Serengeti to the edge of the Ngorongoro Crater, before circling up and around in a clockwise direction.

Along the way, high drama is always present, as thousands of animals are taken by predators, and thousands more are born, replenishing the numbers and sustaining the circle of life. 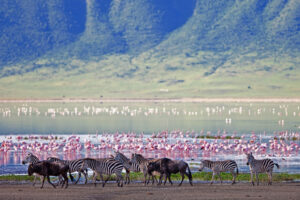 Big 5 safari on the floor of the Ngorongoro crater

Once a gigantic volcano, the Ngorongoro crater is now the largest intact caldera in the world.

Some maintain that, before it erupted, it would have been higher than Mount Kilimanjaro, the highest peak in Africa. Long since having collapsed and eroded, this three-million-year-old caldera now shelters one of the most beautiful wildlife havens on earth.

A burbling spring and a large soda lake quench the thirst of the crater’s inhabitants. Black rhino are protected within the crater rim, giant tusked elephant wander the forests, black-maned lion stalk the grasslands and flamingos crowd the soda lakes.

An estimated 25 000 large mammals are resident in this bowl of plenty, including a large population of lion. Cheetahs move in and out of the crater, while leopard are most often encountered in the spectacular Lerai Forest. Among the smaller carnivores, both golden and black-backed jackal are abundant, while the normally shy and nocturnal serval are frequently seen during daylight hours. Vast numbers of buffalo, zebra and Thomson’s gazelle can be seen grazing the crater floor. 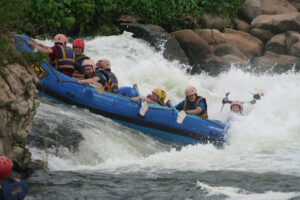 Kayak the source of the Nile in Uganda

The source of the Nile is on many people’s bucket list and understandably so. The official start of one of the world’s longest, and possibly most famous, river.

Explore this symbolic location on the world map with a tour of the source of the Nile. Though ‘discovered’ in 1858, Lake Victoria has a lot more history to it than the moment that John Hanning Speke arrived on its shores.

As one of the Great African lakes, Lake Victoria, is a crucial lifeline to the fishermen who depends on its waters, and the estimated 160 million people that live along the River Nile’s banks. Relax with a drink in hand as you flow from Lake Victoria into the Nile learning about this great lake and globally important river. 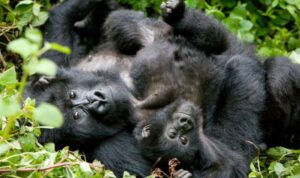 Gorilla and Chimpanzee trekking in Uganda and Rwanda

No other wildlife encounter in Africa matches the astounding experience of spending time face-to-face with the magnificent mountain gorilla in their natural habitat. Trekking takes place in a handful of locations, adding a layer of exotic adventure to these safaris that is hard to match on any other itinerary.

The fact that gorillas as a species are on the brink of extinction and treks are a highly restricted activity, encountering wild gorillas is considered a once-in-a-lifetime travel experience.