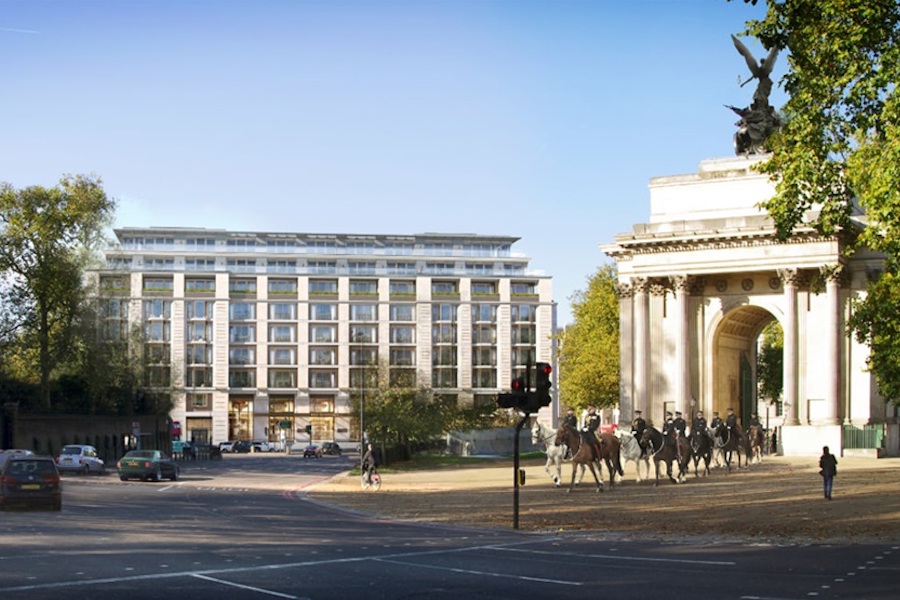 We love checking out new properties in our hometown of London – and there are plenty on the horizon with as many as 439 hotels in the pipeline, equating to an additional 40,745 rooms, according to the London Convention Bureau.

2023 will see many high-profile openings, giving event profs plenty of fresh options to choose from. We showcase 7 of the best to watch out for… 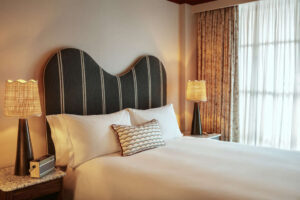 Although this actually opens its doors in December, The Hoxton Shepherd’s Bush (right), will be a fantastic new option for smaller meetings and events. Located on the north end on Shepherd’s Bush green, the hotel will have 237 “playfully-designed” bedrooms in six categories, including Cosy, Roomy, Snug Bunk and an all-new Hideout category: think basement crash pads with all the Hoxton touches. The hotel will feature The Hoxton’s signature meeting and events concept, The Apartment, as well as Chet’s, a Thai-Americana restaurant with a menu from Kris Yenbamroong of LA hotspot NIGHT + MARKET.

The hotly anticipated art’otel London Battersea Power Station has announced a soft opening on 12 December, with its official opening planned for late February 2023. The 164-bedroom hotel is located within Battersea Roof Gardens, a new building designed by Foster + Partners, that forms a key part of the new Electric Boulevard. It will offer six meeting and event spaces across two floors, accommodating up to 250 guests, a heated infinity pool, rooftop bar and several restaurants.

Cadogan has just acquired The Draycott Hotel in Chelsea, which will be operated by Iconic Luxury Hotels from 5 January 2023 and rebranded as The Chelsea Townhouse. The 35-bedroom property, which will undergo a multimillion-pound renovation, will be the second London property owned by Cadogan and operated by Iconic Luxury Hotels, joining 11 Cadogan Gardens in the portfolio. Cadogan also owns The Cadogan Hotel, operated by Belmond and The Beaverbrook Town House in London. 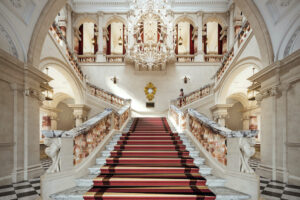 Due to open next spring, Raffles London at The OWO (right) is in the former Old War Office on Whitehall. The luxury brand’s first UK property, it will offer 120 rooms and suites, 85 branded residences, an extensive wellness space and 11 restaurants and bars, including a rooftop restaurant and bar with views across Whitehall, The Mall and on to Buckingham Palace.

The luxurious Peninsula brand is also expected to make its long-awaited UK debut. Celebrating the best of British culture, The Peninsula London (main image) is located at a prestigious address overlooking Hyde Park Corner and Wellington Arch at the heart of Belgravia. It will offer 190 rooms and suites, a grand entrance and colonnaded courtyard reception, and a grand ballroom to host spectacular events.

A discreet and intimate sister property to the Mandarin Oriental Hyde Park, the new Mandarin Oriental Mayfair will have 50 rooms and 8 private residences, an an urban spa, and the first namesake Akira Back restaurant in the UK along with his ‘ABar Lounge’ concept.

Marriott International has signed a management agreement to open its first St. Regis-branded hotel in the UK set in the former Westbury Mayfair Hotel on the corner of Bond Street and Conduit Street. The property will undergo a £90 million redevelopment, which will include the addition of an eighth floor and an extension to the rear. The St Regis London is expected to open with 196 rooms and suites, a signature restaurant, speakeasy jazz bar, fitness center and spa.