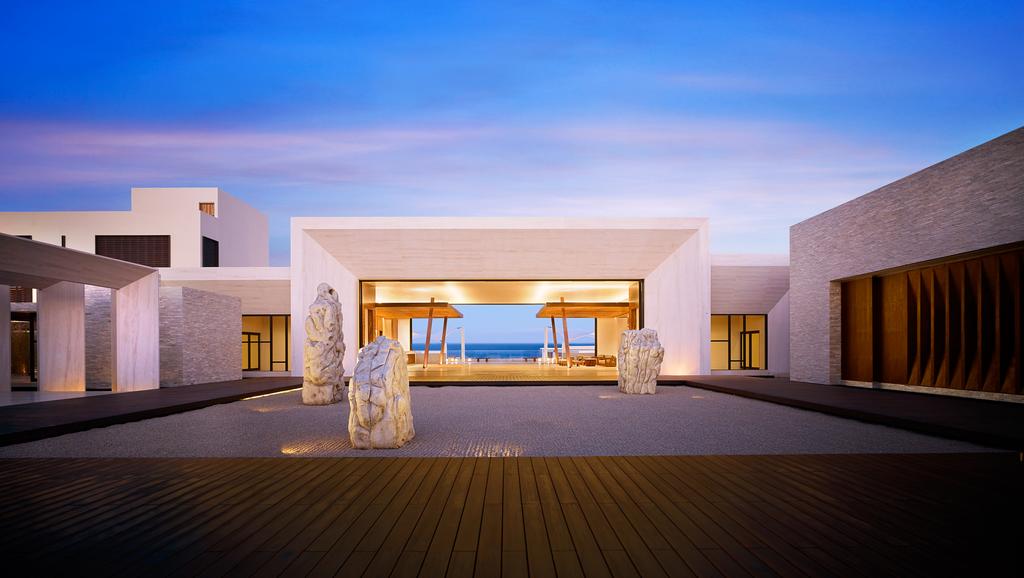 In the fourth and final part of our 100 hotels we can’t wait to visit feature, we share 25 hot properties across Asia and the Americas that have caught our attention…

With the Olympics moved to 2021, Tokyo will be high on our list next year and we fancy a stay at MUJI’s first hotel in Japan – the 79-room MUJI Hotel Ginza – which aims to provide guests with a cosy and homely space at a reasonable price, offering the same rate throughout the year, regardless of season and day.

Also located in Ginza on the fashionable Namiki-dori street, the newly opened Hyatt Centric Ginza Tokyo offers 164-rooms, while the revamped The Okura Tokyo boasts 508 luxury rooms and lush gardens and greenery throughout.

Outside of the capital, Ace Hotels has made its debut in Kyoto. Masterminded by architect Kengo Kuma, who designed The Opposite House in Beijing and lead the Tokyo Olympic Stadium project, the Ace Hotel Kyoto is minutes away from cultural landmarks including Nijō Castle, Nishiki Market, the Museum of Kyoto and Kyoto Art Center. 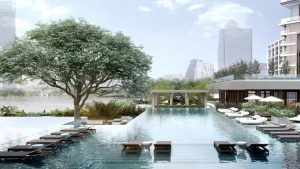 Over in Thailand, we’re keen to check out two new luxury properties including the new Four Seasons Hotel Bangkok at Chao Phraya River. Set in the city’s bustling creative district surrounded by galleries, boutiques and trendy restaurants and cafés, the property boasts 299 guest rooms, plus a number of restaurants.

Ever since we covered the opening of Shinta Mani Wild – Bensley Collection, Cambodia at the end of 2018, it’s been on our bucket list. With a bold claim to offer the “most extravagant tented camps imaginable”, Shinta Mani Wild offers 15 custom designed tents set along a private 4km stretch of wild river in the remote wilderness of the Kirirom and the Southern Cardamom Mountains in Cambodia.

In neighbouring Laos, we’re eager to visit Rosewood Luang Prabang, located in the gorgeous surrounds of a hilltop forest and offering 23 guestrooms, villas, suites and tented accommodation around a waterfall. 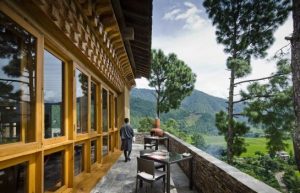 Six Senses Bhutan’s was among the hottest new luxury openings in 2019 – offering five lodges in Thimphu, Punakha, Gangtey, Bumthang and Paro, each lodge boasting its own design and feel in this mystical and off the beaten track destination.

We end our Asian adventure with a bit of tropical island hopping. First up its Indonesia, to check out the forthcoming Waldorf Astoria Bali. Perched 40 metres above sea level on a prime cliff-front land of Bali’s southernmost peninsula, the property will offer 96 luxurious guest rooms and superb panoramic views of the Indian Ocean.

From one Waldorf to another, Waldorf Astoria Maldives Ithaafushi is among the many new hotels in the Indian Ocean island chain that we’d love to explore. This all-villa resort spanning across three private islands boasts 122 luxuriously appointed villas, each equipped with a pool and uninterrupted views of the Indian Ocean in its own private enclave. 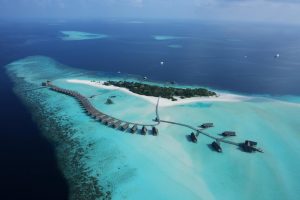 At the start of this year, COMO Cocoa Island reopened following a seven-month overhaul. The 34 new overwater suites and villas have a unique ‘dhoni boat’ structure and curve out from the island itself, connected by an overwater boardwalk pathway – sounds like the perfect place to reconnect with nature after months in lockdown.

We love a boutique, and in Mauritius, SALT of Palmar, the first resort from new brand SALT, is a colourful and stylish property with sustainability at its heart that was designed, built, furnished, managed and run by locals. 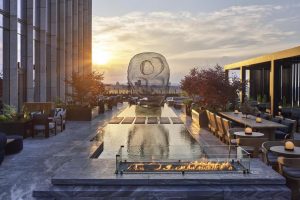 Heading across the Atlantic, a stay at the Equinox Hotel New York – dubbed by the Wall Street Journal as “the fittest hotel hotel on earth” – would be ideal for kick-starting our post-lockdown exercise routine. Also on our NYC hot list is the launch of the Aman New York, an 83-roomed luxury property located at the prestigious address of Fifth Avenue and 57th Street, overlooking Central Park.

Heading down the East Coast, we’re keen to make a stop at Riggs Washington DC the latest property from Lore Group. Once home to Riggs National Bank, known as the ‘Bank of the Presidents’ the building is located close to the National Portrait Gallery and the Capital One Arena and features 181 beautifully furnished rooms, including 15 individually appointed suites with vault-inspired minibars,  decadent fabrics and marble bathrooms. 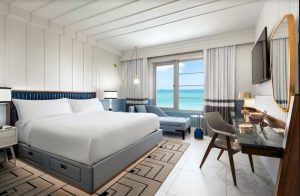 Heading over to the West Coast, we fancy hanging with the stars at West Hollywood EDITION, located on the corner of West Sunset Boulevard and North Doheny Drive, where West Hollywood meets Beverly Hills. The fast-growing Proper Hotels brand is most definitely on our radar, so we’ll be stopping by the Santa Monica Proper Hotel, a high-end bolthole offering 271 luxurious rooms combining a Spanish colonial revival façade with a sleek contemporary interior on Wilshire Boulevard.

We were also thrilled to hear Proper Hotels is due to launch a new brand, Hotel June. Located on the Westside, just five minutes away from the iconic Californian coastline, this 250-room mid-century building represents numerous cultural collaborations with local artists, creative and artisans.

Across the border in Canada, we’re keen to check out the Park Hyatt Toronto (right) following two years of renovations. The property will 220 rooms and totally refurbished function spaces rooms, a spa and roof lounge. Next on the list is one of the Vancouver’s grand dames, the Fairmont Hotel Vancouver which celebrated its 80th anniversary this year with the completion of an impressive $75 million renovation. The opulent property now features a new lobby and restaurant, 507 new guest rooms and the utterly decadent ‘Fourteenth Floor Heritage Suites’.

And finally, we head south across the border to dreamy Los Cabos in Mexico, which has been a hotbed of luxury hotel development. As big fans of the Nobu brand, we’ll make for Nobu Los Cabos, which blends laid-back Mexican chic with minimalistic Japanese sophistication on the southern tip of Mexico’s Baja California Peninsula. The brand’s first outpost in Mexico features 200 rooms, four swimming pools, a stunning beachfront location, a luxurious spa, nearby championship golf course and, of course, a Nobu restaurant. 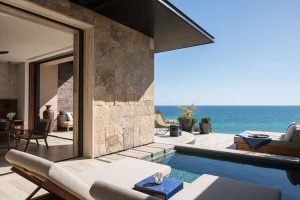 Last but by no means least, we’ll kick back at Zadún, A Ritz Carlton Reserve. Set along the dramatic coastline of San José del Cabo with panoramic views of the Sea of Cortez, the fourth property in the prestigious Ritz-Carlton Reserve portfolio features a striking design inspired by the surrounding desert and sea and 115 elegantly appointed suites and villas, each with a personal butler and many with a private plunge pool.