25 European hotels we can’t wait to check out 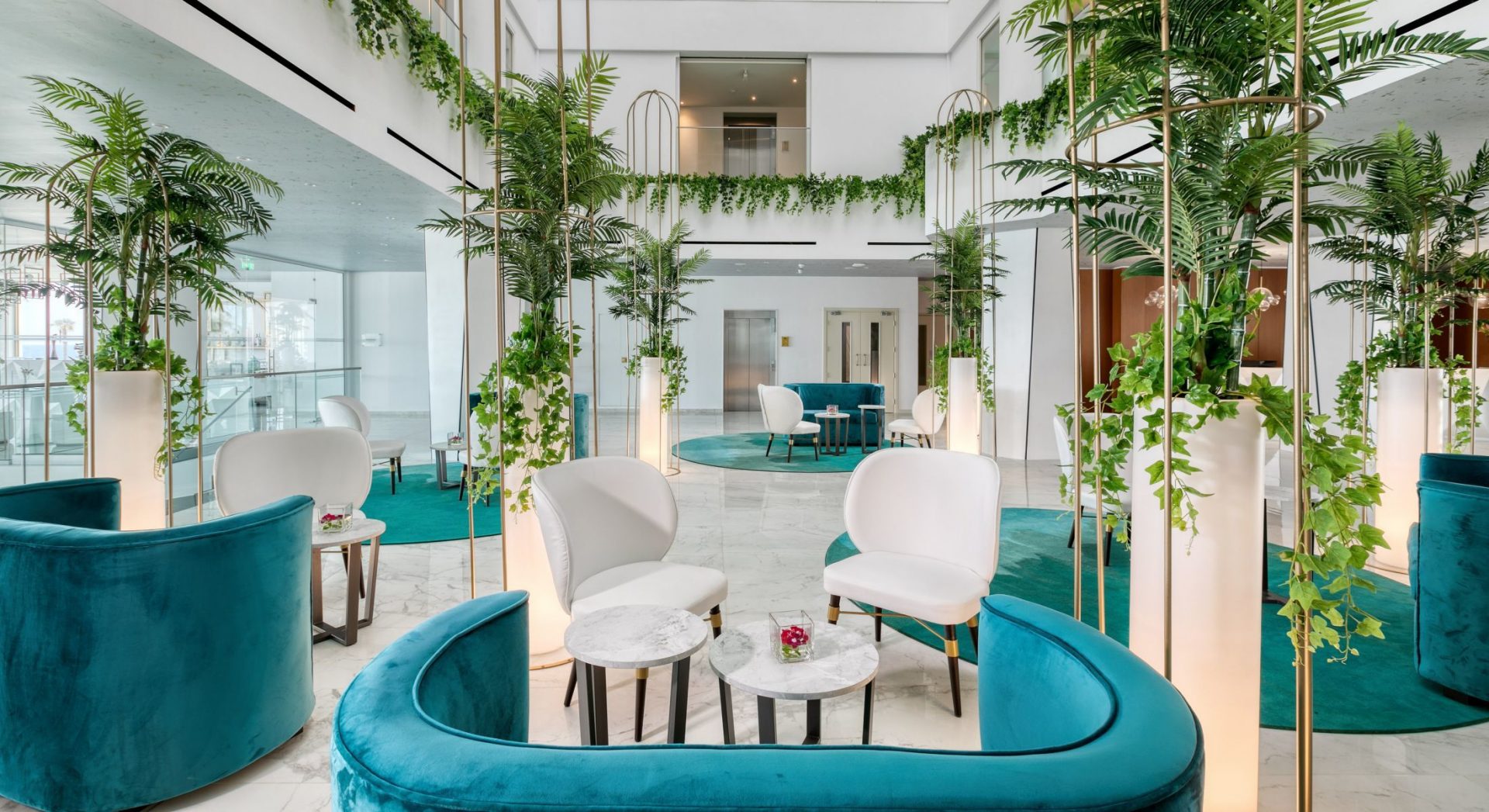 25 European hotels we can’t wait to check out

In part two of our 100 hotels we can’t wait to visit feature, we share 25 hot new properties across Europe that we’ve got our eye on…

Our first stop naturally is neighbouring Paris, where we are super excited about two major openings – the Cheval Blanc Paris – a 72-room Art Déco inspired property on the edge of the Seine near the Louvre and Notre-Dame.

We’re also keen to check out the Bulgari property (right), due to open on the exclusive Avenue George V. Its 76 rooms will predominantly be suites, and it will also feature a spa and 25-metre pool, while its restaurant and bar will open out onto a courtyard garden – perfect for a relaxed end of evening cocktail.

On the French Riviera, we’re making a beeline for the new five-star properties under development, stopping first in Old Nice to check out the 87-room property by hip hoteliers Perseus Group. Hotel du Couvent, once a former convent dating back to 1604, is set to be one to see and be seen in.

We sadly missed much of ski season this year, due to the Covid-19 outbreak, but will be sure to head to new opening Le Coucou Méribel, perched on the slopes near Belvédère and close to Le Rond Point des Pistes. The ‘ski-in/ski-out’ property features 55 beautifully appointed bedrooms and suites as well as two private chalets.

For Mediterranean island chic and breath-taking views, we’re tempted by Menorca Experimental, the hip group’s first resort hotel and second property on the Balearic isles, after the popular Experimental Beach Club in Ibiza. 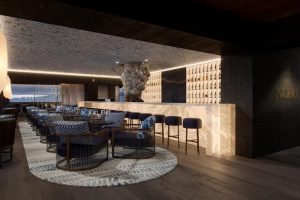 Back on the mainland, the ever-popular city of Barcelona has two newbies on our must-see list – the Nobu Hotel Barcelona (right), a member of Preferred Hotels & Resorts Collection, and the 156-room Kimpton Vividora Hotel, a sleek boutique hideaway in the historic and artistic hub of the city.

We love trendy lifestyle brand NYX Hotels’ signature blend of contemporary aesthetics and artistic style, and NYX Hotel Bilbao opened in the city last year, transforming the former Hotel Inglaterra into a super sleek retreat with 109 rooms within walking distance of the Guggenheim, the Gothic cathedral of Santiago and the bustling streets of Casco Viejo. 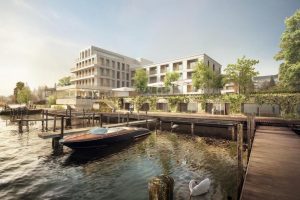 Meanwhile in the capital, the new Mandarin Oriental Ritz, Madrid, formerly the iconic Hotel Ritz, is completing the finishing touches to the most extensive restoration in its 110-year history. We also fancy checking out two other European properties from the luxury brand, Mandarin Oriental Palace, Luzern in Switzerland, the former Hotel Palace Luzern which is currently undergoing a refurbishment, and Mandarin Oriental Lake Como – a chic 76-room lakeside retreat in Italy. Also overlooking a lake, the stylish 44-room Alex Lake Zürich.

Fashionistas will simply love The Galleria Vik Milano, the first European outpost from South America’s Vik Retreats, set in the very the heart of Milan’s fashion district. There’s nothing minimalist about this property – the entrance features a huge bronze cast of Rodin’s The Thinker alongside a rather epic fresco by Italian artist Alex Folla enveloping the ceilings and walls and featuring eight mythological figures holding up the world. 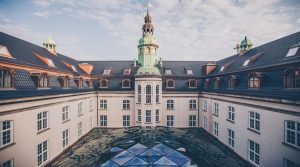 With an ambition to the “the best hotel for the world and take full responsibility for [its] environmental footprint”, the new Villa Copenhagen (right) will bring 390 rooms to the popular destination while its food and beverage offering focuses on conscious dining, so it sounds right up our street.

Sticking with Scandinavia, our next stop will be the newly renovated NOFO Hotel & Wine bar in Stockholm, a 109-room boutique bolthole set in a cultural heritage building. Expect to see designs by Arne Jacobsen, Fritz Hansen, Tom Dixon and Verner Panton among others. Another newbie for design fans is the Blique by Nobis, which opened in the Stockholm gallery district last April.

Elsewhere in Sweden, Arctic Bath Hotel, a new property from the creators of the equally quirky Treehotel, is a floating hotel and spa in Swedish Lapland that freezes into the ice in the winter, and floats on top of the Lule river in the summer. 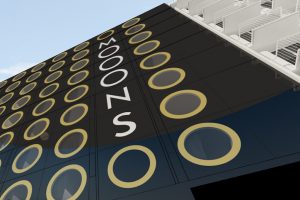 Vienna is a firm fave with event planners, and we’re keen to check out two new openings that are boosting its appeal further including the Andaz Vienna Am Belvedere, designed to immerse guests in the history of Prince Eugene and the City of Vienna. With the gorgeously galactic slogan ‘no stars just Mooons’, the sleek 170-room Mooons Hotel (rights), is also on our hit list.

In Czech Republic capital Prague, we’d love to take a peek at the newly refurbed The Maximilian Hotel is also on the agenda. The 71-roomed boutique bolthole has a number of quirky spaces including a library, glass-walled function room and courtyard garden. Over in Budapest, our stop will be the current talk of the town – the Parisi Udvar Budapest Hotel, part of Hyatt’s alluring Unbound Collection. This Belle Epoque beauty, first designed as a glass-roofed shopping arcade, has been painstakingly restored to its former glories and the result is an opulent property steeped in history, evoking memories of the heyday of the Austro-Hungarian Empire.

Portugal’s charming city of Porto is brimming with beautiful boutiques, including the recently opened PortoBay Flores. Set in the historic town centre, the 66-room property effortlessly blends the history of Portuguese mansion with all the contemporary comforts of a luxury hotel. 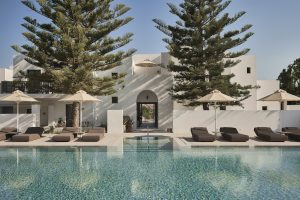 And finally, we’ll finish our European tour with some R&R in Cyprus and the Greek Islands. In Cyprus, the newly opened Louis Ivi Mare (main image above) is a contemporary beachfront hotel in charming Paphos. Mykonos has long been on our bucket list, so we’ll be checking out The Wild Hotel, which features 40 suites and villas, bedecked in calming Hellenic décor overlooking Kalafati Beach. Declared the loveliest of all Greek islands by Greek poet and Nobel laureate George Seferis, Paros is a beautiful haven and the stunning 33-suite Parilio hotel (right), part of the Design Hotels portfolio, the perfect place to enjoy all it has to offer.

Next up, we’ll be sharing the hotels across the rest of the world that we’ll be headed for when we are free to travel again.