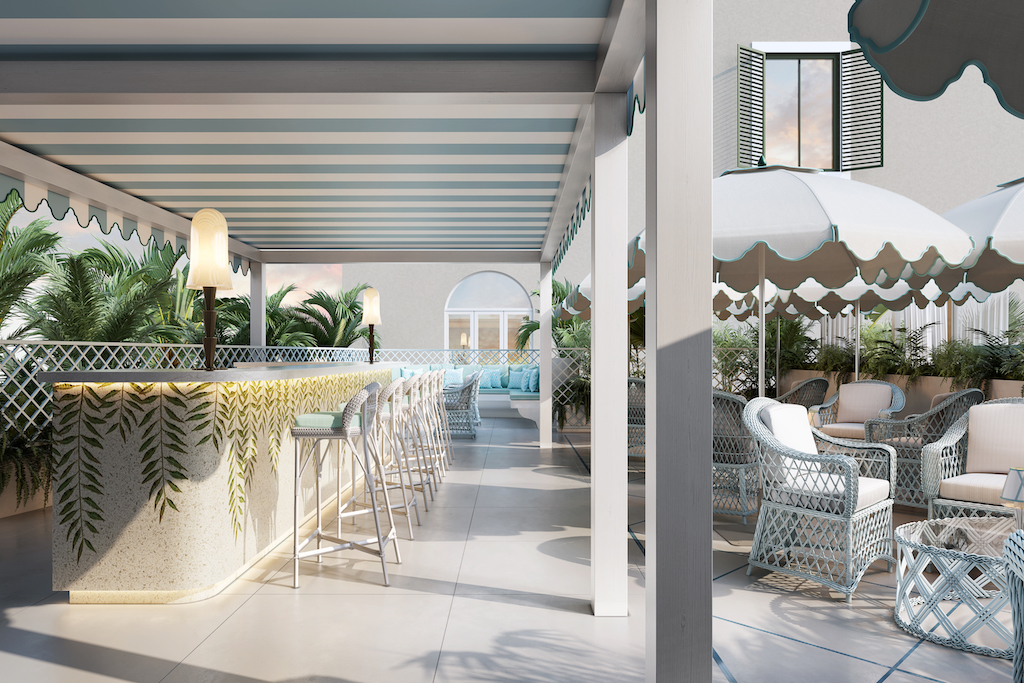 The recent easing of UK rules on Covid testing and isolation for international travel should make it easier for planners to organise overseas events and incentives in 2022. So, we explore some of the hottest hotels set to make their debut this year…

Close to the famous Avenida da Liberdade, the jip Mama Shelter brand is opening Mama Lisboa in the heart of Lisbon this month (January). Encapsulating a playful and edgy design, the hotel will offer 130 bedrooms and a stunning rooftop open for guests to eat and drink whilst enjoying a bird’s-eye view of Lisbon and the Tagus.

Luxury brand Kempinski is opening its 80th property in February in the Israeli capital. Located along the city’s iconic promenade, The David Kempinski Tel Aviv will offer 250 rooms and suites, each boasting views of the Mediterranean Sea and five dining venues headed by Executive Chef Mor Cohen, including Sereia Restaurant & Lounge, a high-end Kosher fish restaurant. 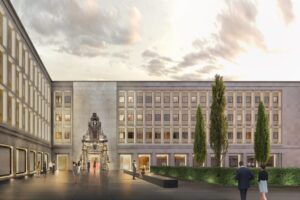 In Spain, the Madrid EDITION is expected to make its debut in early 2022, with 200 rooms, five unique food and beverage outlets including a signature restaurant, cocktail bar, Sky Bar and rooftop terrace, together with an outdoor pool, fitness centre and spa and flexible studios for hosting creative meetings and events.

The Standard, Ibiza is set to open this April in the heart of the Spanish island’s Old Town in time for the summer season. Offering 53 rooms and suites just steps from the waterfront, this hip new opening will be ideal for incentive groups in search of the hottest new arrival on the White Isle. The rooftop pool and restaurant provide stellar views of the city’s iconic Castle of Ibiza, with light bites, drinks, and loungers for mingling, reading and sunning. 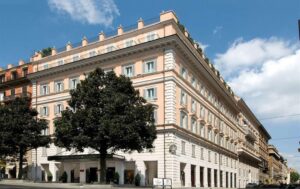 Over in Italy, Rome is set to welcome several new luxury properties in 2022, including the first Nobu hotel in Italy. Nobu Hotel Roma is a collaboration between Carlo Acampora, Chairman and CEO Grand Hotel Via Veneto, and Nobu Hospitality which will lead the transformation of the luxurious Grand Hotel into a Nobu Hotel and Restaurant. The property will house 122 guest rooms and suites, including a 500sqm Nobu Suite, a green-rooftop terrace, indoor and outdoor meeting space.

Six Senses is also scheduled to make its Italian debut this year with the opening of Six Senses Rome. The palazzo building lies in the centre of ancient Rome, just blocks away from the Fontana di Trevi and Pantheon. Highlights will include 95 distinct guest rooms and suites, a spa, restaurant, events terrace, outdoor courtyard garden and rooftop terrace with a 360° view of the city and monuments.

Oetker Collection will open Hotel La Palma (main image) in Capri this Summer following a complete transformation of the original property that dates to 1822. During its renovation, the room count of the hotel is being decreased, from 80 to 50 rooms – including 18 suites – each complete with its own private balcony or terrace. The hotel will also feature Gennaro’s restaurant, bar and terrace, a rooftop restaurant and bar, a beach club, a newly built pool deck, and spa. 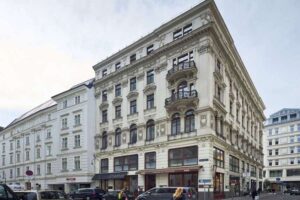 Over in Austria, Rosewood will turn the centuries-old former headquarters for Erste Group Bank in Vienna’s Old Town into a five-star hotel. Rosewood Vienna, the brand’s fifth European property, is expected to open this summer in a historic 18th-century building on Petersplatz, one of the most famous squares in Vienna’s Old Town.

The hotel will offer 99 rooms and suites and a variety of dining and entertainment options, including a rooftop bar with exceptional views of the city and an intimate restaurant in a garden setting.

And finally, COMO Le Montrachet, France – the brand’s first foray into France – is expected to open this year in the heart of the Burgundy region. The new property will offer 31 rooms spread across four historic eighteenth-century buildings, plus a signature COMO Shambhala Retreat. 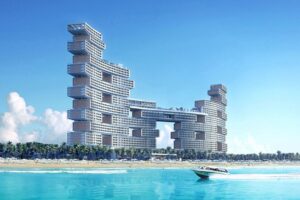 In the middle east, Royal Atlantis Resort & Residences, The Palm is expected to finally open in Dubai this September. The new hotel will offer 795 guest rooms, including 693 ocean and palm rooms, 96 suites and six signature suites. A sky-high infinity Sky Pool that will stretch 90 metres in length and soar to 96 metres above The Palm, on the property’s 22nd floor, will boast views of the iconic Dubai city skyline from one side and the Arabian Gulf on the other.

Other features include a 3,000 square-metre wellness centre, spa, 17 retail outlets and 13 restaurants and bars including Dinner by Heston Blumenthal, offering contemporary dishes inspired by historic gastronomic recipes dating back to the 1300’s.

Raffles Doha and Fairmont Doha are among several luxury properties set to open in Qatar ahead of the World Cup this winter. A cultural tribute to Qatar’s heritage, the Iconic Towers in Lusail, a representation of Qatar’s national seal, will be home to both properties from the Accor Group.

A lavishly impressive property with 132 suites, Raffles Doha will feature state-of the-art entertainment and recreational facilities, boutique shopping, movie theatres, restaurants, and a cigar lounge, as well as a variety of meeting spaces, while Fairmont Doha will have 361 rooms. 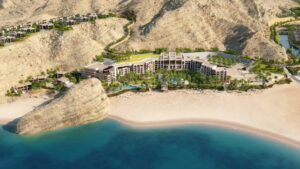 The first Jumeirah hotel in Oman will open in Muscat this year. Nestled in the secluded Bandar Jissah cove, Jumeirah Muscat Bay will offer 195 rooms and suites, a state-of-the-art Talise spa, and several bars and restaurants, including a signature rooftop restaurant and lounge offering incredible views over the Oman Gulf and Al Hajar Mountains.

Opening early this year, the Four Seasons Hotel and Residences Fort Lauderdale will offer 189 accommodations, including suites and hotel residences; an expansive third-floor pool terrace overlooking the ocean; spa and wellness offerings; oceanfront dining at Evelyn’s Table; and Honey Fitz, the lobby cafe and champagne bar. Just above the lobby is a dedicated level of event spaces, while the uppermost floors of the 22-story building are home to 42 Four Seasons Private Residences. 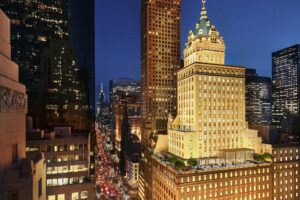 The long-awaited Aman New York is expected to finally open in 2022. Designed by Jean-Michel Gathy, the five-star hotel is in the iconic Crown building – formerly the first home of Museum of Modern Art – at the prestigious address of Fifth Avenue and 57th Street. It will offer 83 rooms, a dramatic double-height Sky Lobby, 10th-floor wraparound Garden Terrace, a Cigar Bar, three-floor Aman Spa, Jazz Club and Wine Room.

Also in the Big Apple, Six Senses New York will mark the brand’s debut in North America. The new hotel will be a key element of The XI – two unique, twisting towers designed by world-renowned architect Bjarke Ingels, located between Manhattan’s Hudson River and The High Line. It will offer 137 rooms, two restaurants and a Six Senses Spa.

Raffles Boston Back Bay Hotel & Residences will be the brand’s first mixed-use North American venture, located in Boston’s prestigious Back Bay neighbourhood and featuring 146 residences, 147 guest rooms, and six restaurant and bar venues, including a sky bar and speakeasy. A striking three-storey sky lobby will be the centrepiece of the property, complete with a grand staircase spanning the 17th, 18th, and 19th floors. 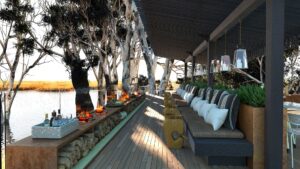 A new eco-conscious resort, The Homestead is set to launch in early 2022 in the Big Five Nambiti Private Game Reserve in South Africa. The Homestead will debut with 12 luxury suites, each featuring individual infinity-edge pools.

Six of the suites be connected to one another for groups travelling together. The property will also feature a spa, fitness centre, pool, multiple restaurants and bars and meetings and event spaces.

Chef Nobu Mahitusha and Robert DeNiro’s hospitality brand Nobu Hotels will open its first output in Africa this year. Nobu Hotel Marrakech will be in the Hivernage district, steps from the historic heart of the city, souks and vibrant Djemaa el-Fna.

Transformed into a luxury lifestyle destination, the hotel will house 71 spacious guest rooms and suites, a selection of dynamic dining venues and rooftop spaces, 2,000 square meters of luxurious spa and fitness centre, indoor and outdoor swimming pools, and meeting and event space.

Hilton Maldives Amingiri Resort & Spa, the brand’s fourth Maldives property, is due to open early this year, offering 109 luxurious villas dotted between the beachfront and over water and all with private pools. Handily located a 15-minute speedboat ride from Maldives’ Velana International Airport, a collection of six restaurants will offer an array of dining options to guests. 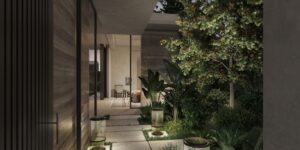 The new Raffles Sentosa Resort & Spa Singapore will feature 62 villas, each with its own private swimming pool, when it opens in 2022. Facilities will include a bar, restaurants, a fitness centre, a celebrations room and two meeting rooms. The resort will be the first villa-only hotel in Singapore.

And finally, in Japan, the new Bvlgari Hotel Tokyo will occupy the top seven floors – 39th-45th – of a new ultra-skyscraper, located in walking distance to the Imperial Palace and the vibrant shopping areas of both Nihombashi and Ginza. The hotel will offer 98 rooms, a ballroom and large outdoor space, a 500 sqm BVLGARI Spa, bar, restaurant, and lounge.

The hottest new openings in Qatar ahead of the World Cup