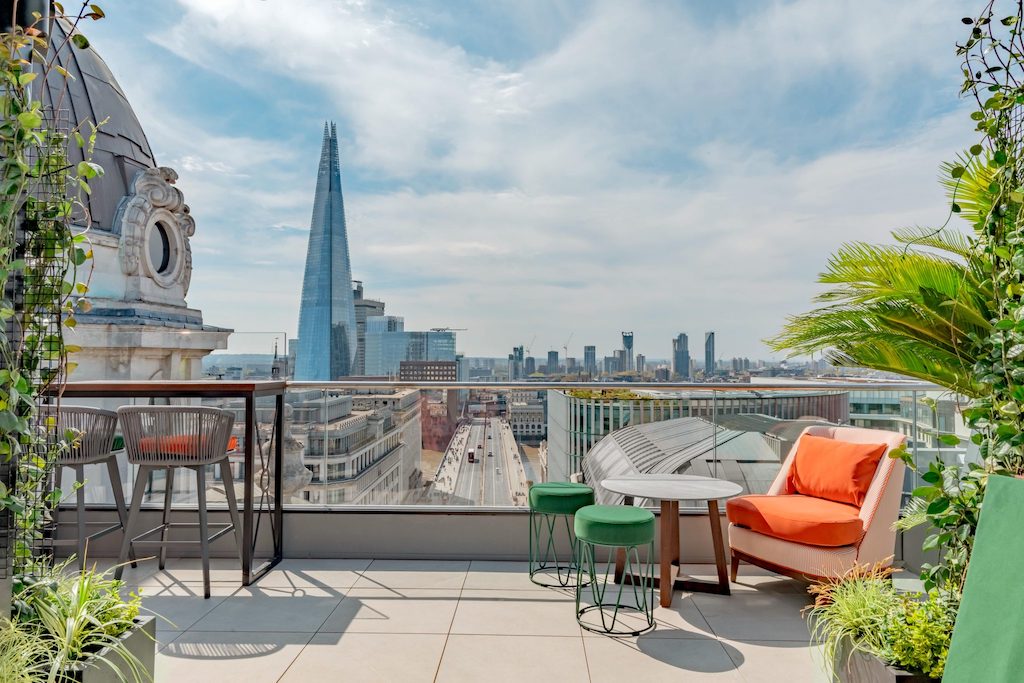 When the sun shines on our glorious capital, there is nowhere better to soak up the views and vibes than one of London’s many rooftop bars. These five new beauties, open just in time for summer, make the perfect backdrop for al fresco dinners, drinks, events and celebrations overlooking the London skyline… 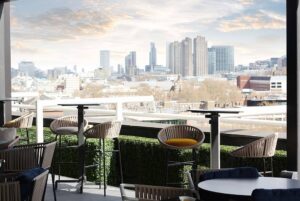 Glasshouse on the Roof at NYX Hotel

Set to open this month, Glasshouse on the Roof at NYX Hotel boasts a retractable roof to make the venue suitable in all weather. Standing 10 stories up and 125 feet high, Glasshouse is 140 square metres with a capacity of 100 standing and 46 seated. The venue will feature specially crafted cocktails and breath-taking panoramic views, made possible by the venue’s glass walls.

Open from 4pm, Wednesday to Sunday, Glasshouse will offer a small selection of Middle Eastern light bites amidst a playlist of laid-back electronica. The space will also be available for private hire bookable via the website.

Opened in 2020, NYX Hotel London Holborn offers 213 bedrooms and suites positioned on the corner of Southampton Row in the heart of central London, just a four-minute walk from Holborn Tube Station and half a mile from Covent Garden.

The Rooftop Bar and Terrace at One Hundred Shoreditch

The Rooftop at One Hundred Shoreditch opened in May, following the opening of the new property from The Lore Group in March. One of the few non-member rooftops in the hip neighbourhood, it offers a wide range of cocktails, wines and bites plus a Latin dance soundtrack to keep you entertained all summer long.

The food is described as ‘retro Californian cuisine’ and highlights include classic comfort food dishes such as tacos served alongside devilled eggs, soft shell crab burgers, and cured salmon tostadas, with specialist cocktails including the One Hundred Punch, made with Bacardi Cuatro, Koko Kanu, supasawa, Cointreau, matcha and orange juice. 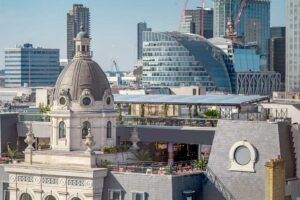 This brand-new rooftop bar and restaurant opened atop the former House of Fraser store on King William Street near Monument last month.

The Wagtail – from the same people as The Botanist and The Aviary – offers a 360-view over London’s skyline. From the top, you can see London Bridge, The Shard, Tower Bridge, St Paul’s, and Monument.

Across Wagtail, there are three main areas: the top floor bar, which is set on a terrace, the restaurant on the floor below (which also has views) and a private dining room in the building’s cupola, which can be booked out for parties and meetings. Led by executive chef Phil Kearsey and bar manager Angelos Bafas, menus have been designed to showcase the best seasonal ingredients. 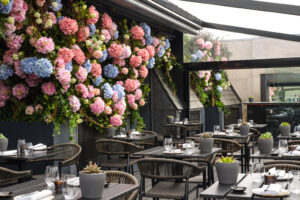 The Aqua Restaurant Group has launched a new rooftop drinks terrace as part of its Aqua Kyoto venue that overlooks London’s Regent Street.

Set in the space on the top floor of the former Dickins & Jones department store in the heart of the west end, Aqua Kyoto serves up the contemporary Japanese cuisine of Tokyo’s Ginza district. The rooftop space, which has been transformed into a blooming paradise of silk hydrangeas with panoramic views of the city, will host guests who want to enjoy the warmer weather alongside an array of new cocktails. 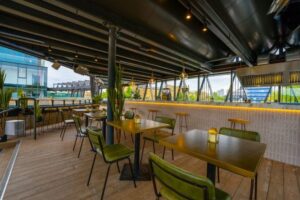 The sister site to The Lucky Club in Mayfair, this new roof terrace in Camden also opened in May and specialises in margaritas – there are no fewer than seven variations on the menu – a mezcal cocktails and Mexican food.

The 5,600 sq foot, 130 cover new roof top will boast retractable roof and gas heaters to allow for year-round alfresco drinking and dining throughout the seasons.

The menu will focus on tacos — from a cheeseburger-style creation, with ground beef, Emmental cheese and diced gherkin, to a lobster option, poached in butter and served with truffle mayo and bacon pieces — as well as tostadas, including a coconut ceviche offering.

How to Build an Online Event Community

5 of the best unique event venues in Belfast and beyond