25 new UK hotels we can’t wait to check out

25 new UK hotels we can’t wait to check out

To celebrate our 100th Departure Lounge bulletin this week, we have decided to take you on a whistle stop tour of the globe, bringing you 100 hotels that we have featured and can’t wait to visit when lockdown is lifted.

We might not be able to travel right now, but once the Covid-19 crisis is over and the travel and events industry begins its slow road to recovery – these properties have so much to offer #eventprofs and leisure travellers alike. In part one, we focus on 25 hotels in the UK…

We start off in our hometown of London, which was supposed to be having a bumper year for hotel openings, though many of these will no doubt have been delayed due to the impact of coronavirus. There’s a couple of new hotels we didn’t quite get around to visiting before lockdown that are first on our list. 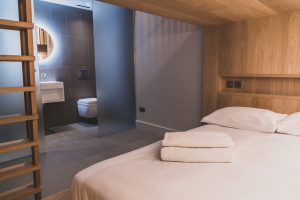 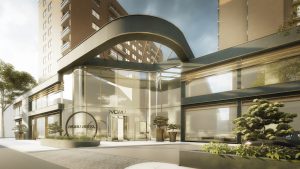 We can’t wait for the opening of both the forthcoming 249-room Nobu Hotel Portman Square (right) in Marylebone, and The Londoner, an immense 350-roomed property by Edwardian Hotels with six concept restaurants and two private cinemas. Other properties on the horizon include the 53-roomed The Guardsman Buckingham Gate, Pan Pacific’s London debut and The Mayfair Townhouse by Iconic Luxury Hotels.

Sydell Group, the company behind hip luxury London hotel, The Ned, is due to debut its NoMad brand in the grade II-listed former Bow Street Magistrates’ Court and Police Station in Covent Garden. Further ahead, though knowing Rosewood it will be worth the wait, the luxury brand will also open a new luxury hotel on the site of the former US Embassy in Grosvenor Square by 2023.

Rest of the UK 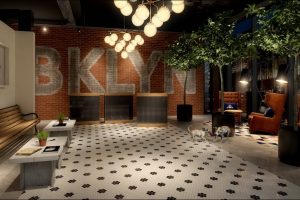 Outside of London, we’ll be heading straight to the North West to check into the hip new Hotel Brooklyn Manchester, where we were due to be hosting a launch party on 1 April but sadly had to postpone. Whilst there, it would be rude not to pop by the 40-room Stock Exchange Hotel, owned by Gary Neville and Ryan Giggs and located within the former Manchester Stock Exchange.

In nearby Liverpool, the Dixie Dean Hotel is a 100-room boutique property that opened last summer, paying tribute to the life of Everton’s greatest footballer, while future openings we have our eye on include the 202-room Radisson Red. 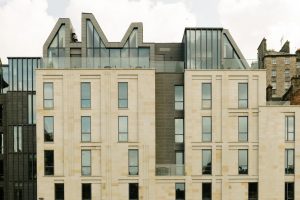 Meanwhile in Edinburgh, Scotland’s first member of the sleek Design Hotels group – Market Street Hotel (right) features design classics by Fritz Hansen and Saint Luc while its Nor Loft rooftop champagne bar is the place for elegant lounging. Another recent newcomer, The Edinburgh Grand houses 50 modern and luxurious apartments accommodating from one to six guests and renowned steak restaurant, Hawksmoor.

Over in Belfast, we’ll be checking out The Merchant Hotel, Belfast and the impressive 300-roomed Grand Central Hotel, Northern Ireland’s largest hotel and a credible option for meeting planners.

Our tour of the UK will of course include hip and happening Bristol, where we fancy stopping by the 78-room Avon Gorge by Hotel du Vin. Sitting atop the spectacular Avon Gorge, the grand Victorian building dates back to 1898 and recently underwent a multi-million-pound refurbishment. Coming soon, the funky Artist Residence brand is due to open a 23-bedroom property housed in a former boot factory just minutes from Bristol city centre. 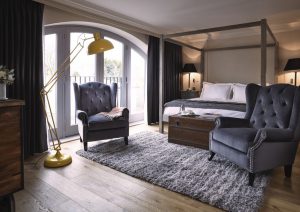 Other new UK properties on our radar include The Harper (right), an ex-glass blowing factory-turned-boutique hotel in Norfolk, The Langley, a new luxury option set in the Duke of Marlborough’s former country estate in Buckinghamshire, and The Newt, a chic and much raved about country estate that opened in Somerset last summer.

A little further south-west, we were super excited to hear about the new addition to The Pig Collection – The Pig at Harlyn Bay, Cornwall, which will most definitely be on our list when it opens. And finally, what will surely be a great new option for event planners, Fairmont Windsor Park is set to open in Royal Windsor offering 200 bedrooms and 16 meeting spaces including a ballroom for up to 700 guests.